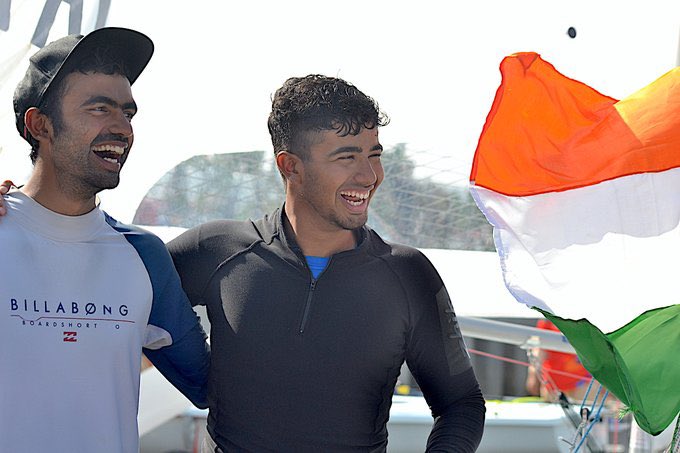 Mussanah (Oman): India’s KC Ganapathy and Varun Thakkar qualified for the Tokyo Olympics in the 49er category by finishing atop the field at the Mussanah Open Sailing Championships that concluded on Thursday.

The tournament is an Asian and African Olympic qualification event.

The pair of Ganapathy and Thakkar had also won bronze at the 2018 Jakarta Asian Games.

On Wednesday, Nethra Kumanan became the first Indian woman to qualify for Olympics in the Laser Radial category.

In the 49er category, two athletes make a team while Laser Radial is a single sailor event.

In the past, the Indian pair of Farokh Tarapore and Dhruv Bhandari participated in the 470 Class at the 1984 Los Angeles Olympic Games.

Tarapore and Kelly Rao represented India in the same event at the Seoul Olympic Games in 1988.

In the 1992 Barcelona Olympic Games, Tarapore paired with Cyrus Cama to compete in his third Olympics.