Saina, Sindhu expected to face off in second round of Indonesia Masters 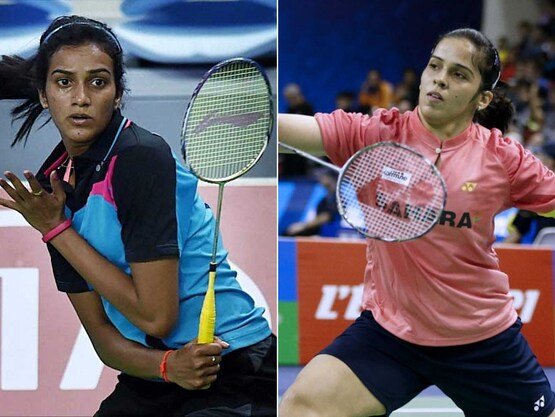 Jakarta: Olympic medallists P V Sindhu and Saina Nehwal are likely to square off in the second round of the Indonesia Masters Super 500 tournament beginning here on Tuesday.

World Champion Sindhu and title-holder Saina looked impressive in the season-opening Malaysia Masters before their campaign ended in the quarterfinals with straight game losses and the duo will need to step up if they want to put up an impressive show this week.

While Sindhu will hope to find her rhythm quickly after a 16-21 16-21 loss to her nemesis Tai Tzu Ying of Chinese Taipei, defending champion Saina too will have to quickly get over the bitter 8-21 7-21 defeat to three-time former world champion Carolina Marin of Spain.

Fifth seed Sindhu will open against Japan’s Aya Ohori, whom she beat last week in the second round, while Saina faces another Japanese Sayaka Takahashi in her opening match.

Both the Indian shuttlers are expected to overcome their respective first-round opponents and cross swords in what would be their fifth encounter at the international stage.

Sindhu, considered a revered opponent in world badminton, has a 1-3 record against Saina, who always had the upper hand over her younger compatriot.

All the four matches between the duo have ended in straight games. While Sindhu has beaten Saina a few times in the Premier Badminton League, she has inexplicably suffered a melt down against her senior opponent at the international stage, where her last loss was at 2018 Commonwealth Games final.

Among other Indians, Kidambi Srikanth, who exited in the first round of Malaysia Masters, will start his campaign against Indonesia’s Shesar Hiren Rhustavito.

Parupalli Kashyap and H S Prannoy, who had become the victims of world no 1 Japanese Kento Momota last week in the first and second rounds respectively, will open against local stars Anthony Sinisuka Ginting and Jonatan Christie respectively.

Sameer Verma had lost in the second round after a hard-fought battle against Malaysia’s Lee Zii Jia last week and he would meet veteran Tommy Sugiarto in the first round.

In doubles, men’s pair of Satwiksairaj Rankireddy and Chirag Shetty will square off against Indonesian heroes Mohammad Ahsan and Hendra Setiawan, seeded second.

Women’s pair of Ashwini Ponnappa and N Sikki Reddy will meet Japanese combination of Nami Matsuyama and Chiharu Shida, while Satwik and Ashwini will pair up taking on Ireland’s Sam Magee and Chloe Magee in mixed doubles.

Other mixed doubles pairing of Pranaav Jerry Chopra and Sikki faces a qualifier in the first round.