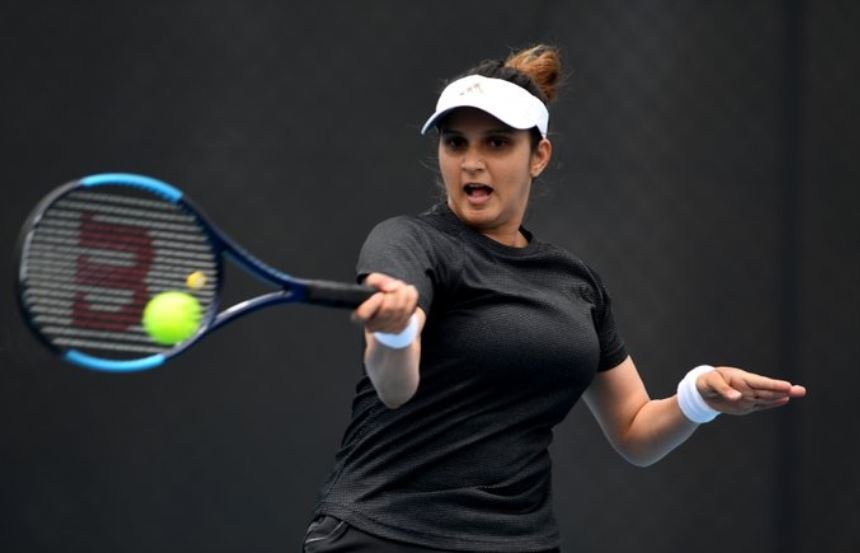 Hobart: Indian tennis ace Sania Mirza’s comeback from maternity leave continued to be a success as she entered the women’s doubles semifinals of the Hobart International with Ukrainian partner Nadiia Kichenok here on Thursday.

Sania and Kichenok defeated the American duo of Vania King and Christina McHale 6-2 4-6 10-4 in a contest that lasted one hour and 24 minutes.

The fifth-seeded Indo-Ukrainian combination will now lock horns with the Slovenian-Czech pair of Tamara Zidansek and Marie Bouzkova.

Zidansek and Bouzkova got the better of Canada’s Sharon Fichman and Ukraine’s Kateryna Bondarenko 6-3 3-6 10-4 in their last-eight stage clash.

Sania and Kichenok made a strong start and broke their opponents twice to take the lead. They also did well to save four break points in the opening set.

The second set went on serve till the eighth game before King and McHale broke Sania and Kichenok to draw level in the contest.

However, the third set was a stroll in the park for Sania and her partner as they dominated their opponents with superior serves.

The 33-year-old Sania is returning to WTA circuit after two years. During her two-year break, she battled injury breakdowns before taking a formal break in April 2018 to give birth to her son Izhaan. She is married to Pakistani cricketer Shoaib Malik.

Before the ongoing event, Sania last played at China Open in October 2017.

A trailblazer in Indian tennis, Sania is a former world No.1 in doubles and has six Grand Slam titles to her credit.

She retired from the singles competition in 2013 after becoming the most successful Indian woman tennis player. In 2007, she attained a career-high 27th position in the WTA singles chart.