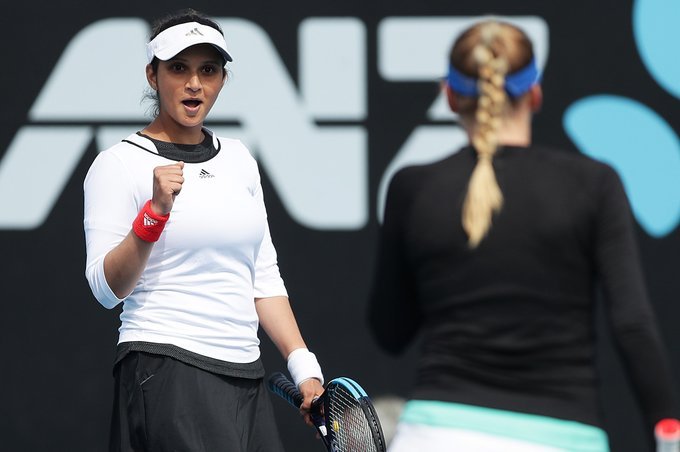 The Indo-French pair beat their Russian opponents 6-4, 4-6, 10-8 in the first round match.The Sania-Garcia combine will now meet the fifth seeded duo of Saisai Zheng of China and Barbora Krejcikova of Czech Republic in the round of 16.

The 33-year-old Sania was returning to action at the Dubai Open after recovering from a calf injury which had cut short her campaign at the Australian Open in January.

Sania’s first Grand Slam outing after a two-year maternity leave had ended with an early exit when the Indian ace retired mid-way during her doubles first-round match because of a right calf injury.