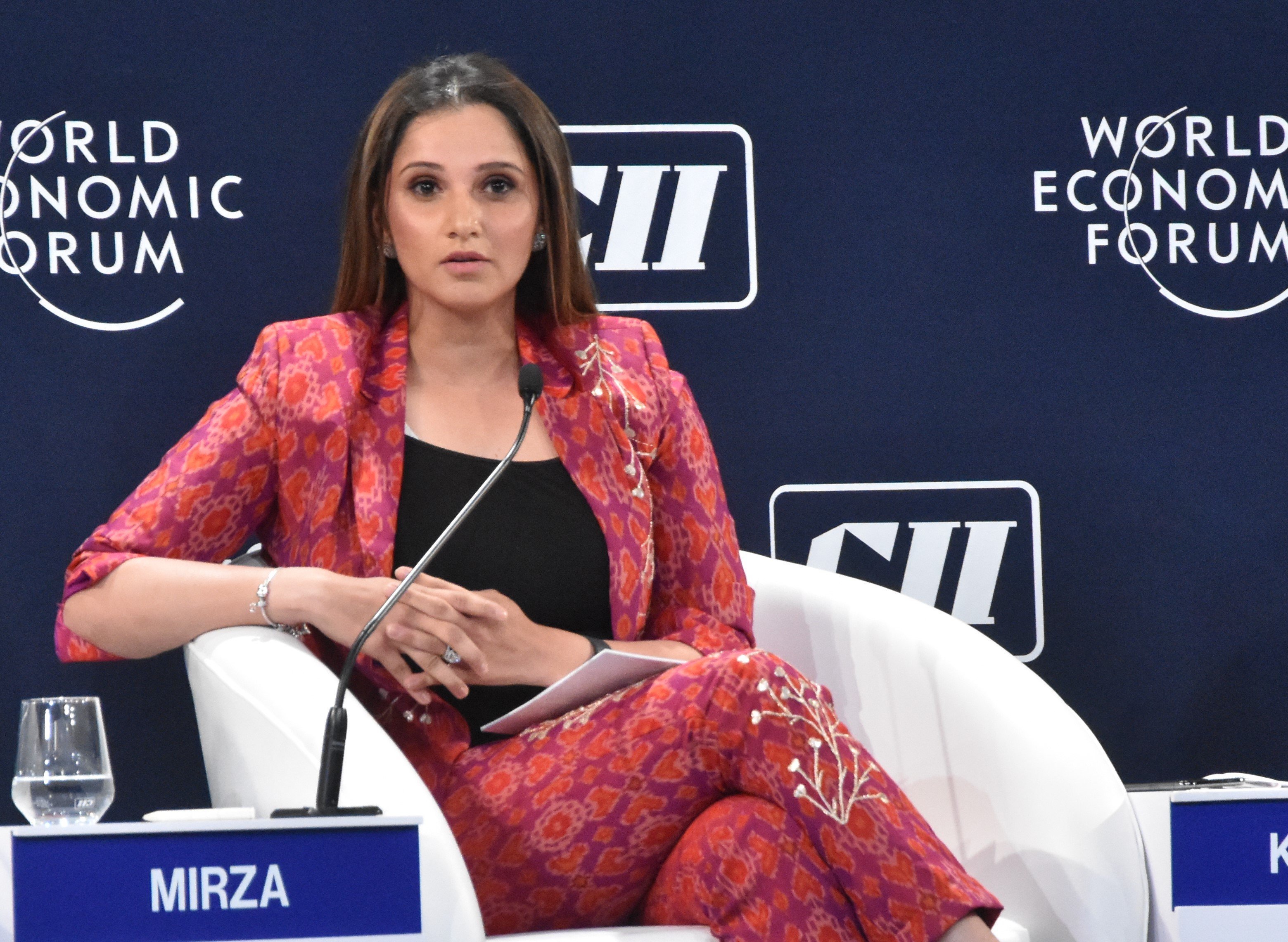 New Delhi: Tennis star Sania Mirza on Thursday hit out at wives and partners of cricketers not being allowed on tours, saying such attitude stems from a “deeper problem which says that a woman is a distraction she cannot be a strength”.

Speaking here at the India Economic Summit, Mirza who is now the UN Women Goodwill Ambassador for South Asia, also said girls needed to be encouraged from young age to take up sports instead of making them feel guilty that their skin will become dark and no one would marry them.

“Many a times, including our cricket team and in many teams I have seen that wives or girlfriends are not allowed on tour because the boys will be distracted,” she said.

“What does that mean? What is it that the women are doing that is going to distract the men so much?” Mirza asked.

“See the thing is that comes from a deeper problem which says that a woman is a distraction she cannot be a strength,” the Indian women’s tennis pole bearer lamented.

She argued that it has been proven that in team sports the men play much better when their wives and girlfriends and their families are with them because they feel happier when they come back to the room.

“They don’t come back to an empty room, they can go out and have dinner … when you have your wife or your partner there it gives you support, it gives you love,” she added.

When asked about her being blamed for the Pakistan team’s loss in the World Cup, Mirza quipped: “And I’m not even from there, what powers I must have”.

She further said, “Anushka Sharma is blamed if Virat makes a zero, like what does that have anything to do with anything. It makes no sense.”

Calling to tackle the issue at its root, Mirza said, “… if we address the problem that a woman can be a strength or is a strength rather than a distraction or a weakness we might conquer these issues.”

Mirza said compared to when she started playing tennis when the only woman role model in sports for her was P T Usha, now there are many such as P V Sindhu, Saina Nehwal and Dipa Karmakar but India still needs to encourage girls to take up sports instead of discouraging them.

Citing her own example, she said at the age of eight, people around her felt she was going to become dark by playing tennis and no one was going to marry her.

I was eight and everybody thought nobody is going to marry me because I would become dark and at eight I was like I think I’ll be fine, Mirza said.

Commenting on gender equality, Mirza said it comes from women believing that they are equal and not second grade citizens.

“Once women start believing in themselves that they are equal and they deserve to be treated equally and given equal opportunity …if women get right kind of backing and opportunity like everybody else they can conquer the world,” Mirza said.

The problem is not unique to India although it might be more pronounced here.

Mirza said India is working so much towards becoming a sporting nation, not just a cricketing nation.

“Fit India movement launched by the PM is a step in the right direction for us to understand that sports can bring us all together and we still can bring us together,” Mirza said.