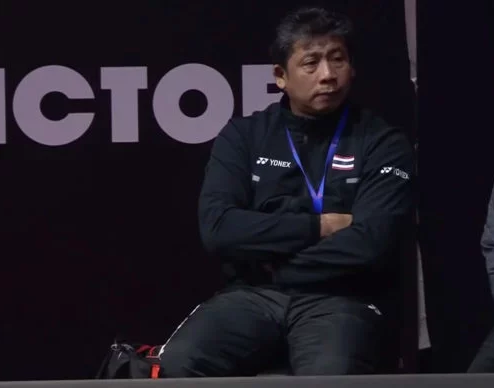 Santoso has been roped in to guide the singles players — both men and women — ahead of the Games, scheduled to be held from July 24 to August 9.

The Sports Authority of India (SAI) on Friday wrote to the Indonesian authorities to grant visa to Santoso at the earliest after Sports Ministry cleared his appointment on Wednesday.

“I am directed to refer to SAI’s letter .. to convey the approval for appointment of Mr Agus Dwi Santoso as foreign coach (singles) in the sports discipline of badminton at the salary of USD 8000 p.m… for a period of up to Olympic 2020,” Sports Ministry wrote in a letter to SAI.

Badminton Association of India (BAI) secretary, Ajay Singhania said the visa process has started and Santoso is likely to join the Indian team in the mid of next month.

“SAI has written to the Indonesian authorities to grant him visa for his employment as foreign coach in badminton. So he will get his working visa and he can start by second week of March. It is unlikely that he will be able to join the team for All England,” Singhania told PTI.

“He is a very good coach and we hope to extend his contract till 2024 Olympics. If his performance is satisfactory then we will approach SAI again.”

Santoso began his international career with a stint with Vietnam. He then served as a singles coach in South Korea in 2016 before joining the Thailand National team in late 2018.

He has been instrumental in honing the skills of world-class shuttlers such as Son Wan-ho and Sung Ji-hyun in Korea and Thailand’s Busanan Ongbamrungphan.

The Indonesian, who is credited for guiding Hendrawan win a Olympic silver and world championship gold in 2000 and 2001, is joining the Indian badminton at a time when the performance of the singles players, including Sindhu, Saina Nehwal and Kidambi Srikanth, have dipped immensely.

While Sindhu has looked lacklustre since her World Championships gold in August last year, Saina and Srikanth has struggled to stay alive for the weekend action in a series of tournaments, putting their Olympics hopes in jeopardy.

Currently Korea’s Park Tae Sung is tasked with the responsibility of guiding Sindhu along with the men’s singles’ players at the Gopichand Academy in Hyderabad.

Sindhu’s father P V Ramana said Santoso’s appointment will give an added advantage to the singles players as they chase their Olympic dreams.

“It will be good for the players who are trying to qualify and prepare for Olympics, not only for Sindhu, who is currently under Park,” Ramana said.

Foreign coaches, who have served Indian badminton in the recent past, include Malaysian doubles specialist Tan Kim Her, experienced Indonesian singles coach Mulyo Handoyo, who was responsible for Kidambi Srikanth’s rise in 2017, and Korea’s Kim Ji Hyun.