'Sathiyan, Batra among players benefitting from playing in UTT' 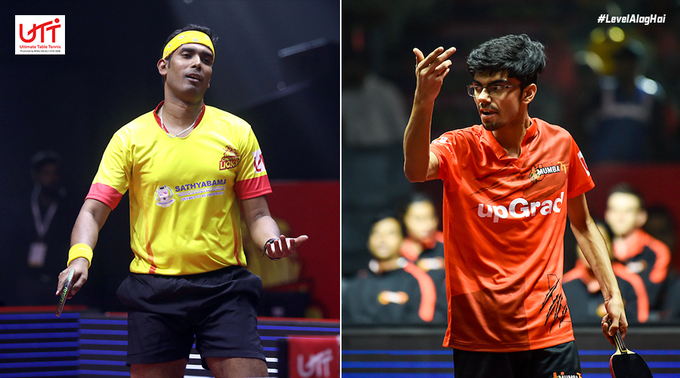 Panaji: Kamlesh Mehta, in his hey day, excelled with immaculate control and power-packed top-spin. Today, as Ultimate Table Tennis (UTT) league director, he has every reason to feel pleased at the spin-offs that the league has yielded. No only for Indian table tennis, but the sport at large.

As the league moves into Season 3 at the Thyagaraj Sports Complex, New Delhi, Mehta, eight-time national champion and an international who did much to put the nation on the world TT map, exudes enthusiasm and expectation that a platform has been set for the country’s paddlers to qualify and then shine at next year’s Tokyo Olympics.

“The UTT was meant to be a high-level platform for our players to compete against top foreign players, train, stay, even cheer with for 21 days,” Mehta, also a renowned national team coach, says.

“This, we were confident, would provide the belief in players that they would be good enough to play, even beat, top stars in the world.

The Ping Pong Kid show off his accuracy. #LevelAlagHai pic.twitter.com/hFcTQ9h4ay

“TT is a skill-sport and high skills can be acquired by closely interacting one-on-one with world stars on a daily basis for a few weeks,” Kamlesh reveals.

“The experience gained, we expect, would be rewarding.”

That’s proved to be much the case, although Mehta was quick to point out that the UTT hasn’t been the sole factor in many players’ quantum leap on the world stage post-inception of the league in 2017.

That it’s been hugely influential in the Indian players coming of age, though, can hardly be denied.

India has shone with gold medals at the recent Commonwealth Games and Championships as well as the 2018 Asian Games (a virtual World Championship) where two bronze medals came the team’s way – the men’s team and mixed doubles.

Gananasekaran Sathiyan, the Tamil Nadu sensation, has achieved the highest ever ranking by an Indian and has been the undoubted star with an unbeaten run in the first edition and a pivotal role in guiding Dabang Smashers (now Dabang Delhi TTC) to the title in the second.

His rise has been meteoric from No. 144 in 2017 to No. 24 today. Manika Batra with two gold at the 2018 Commonwealth Games (women’s team and singles) and a historic mixed doubles bronze at the Jakarta Asian Games the same year (partnering the legendary Achanta Sharath Kamal) has been the sensation in the women’s section.

And Manav Thakkar and Archana Kamath, youth players in their squads, have blossomed into senior mainstays in their respective national teams.

“That should bear ample testimony to the league,” says Kamlesh.

The Mumbai-based icon brims with pride at the enhanced image of the country and its status as a table tennis nation – a consequence of the UTT.

“Our players are now much sought after abroad as training partners, even as club members in competitive leagues in Europe,” he elaborates.

The league involves six mixed teams (male and female) and its format too has been well received although there were skeptics over some of its rules and regulations at the start.

In time, many of the path-breaking norms were applauded and even used in foreign competitions, Kamlesh explains.

“The golden point, a UTT innovation, will now be used in ITTF events,” he points out.

“Multi-ball play and the LED screen and light designs were also big hits at the UTT.”

The league, Mehta reckons, has done much to dispel notions that TT is merely an “after-dinner” sport.

“The slogan ‘Level Alag Hai’ more or less says it,” he declares. With the league enjoying prime TV time, a first of sorts in the world, technical enhancements in its production will bring breathtaking action up close and personal to viewers.

“At a different level TT is quick, tough and competitive, rich in skill and technique,” Kamlesh reasons.

“We’re content, however, that table tennis is still a popular recreation sport and that would help players from every group and age level relate to the real thing.”