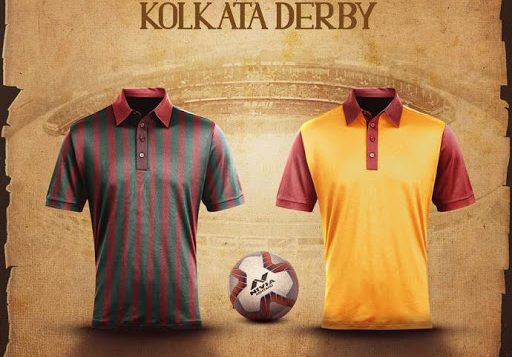 Kolkata: Even with new identities and ownership structure, will the ‘Kolkata Derby’ or the ‘Boro Match’ (Big Match) retain its characteristic cut-throat fervour in the Indian Super League?

The answer to this question is pivotal to the fledgling tournament’s fortunes as it has pinned hopes of the 2020-21 edition’s success on this much-documented rivalry.

Despite promising to be India football’s ‘New Wave’ since its inception in 2014, it is ironic that ISL had to end up with the age-old Mohun Bagan vs East Bengal contest as the seventh edition’s USP.

Undoubtedly, the two decorated Maidan clubs would add a new chapter to their fascinating rivalry, brewing since 1921, on Friday.

Though taking different routes for entry in the top-tier league, both were forced to relinquish administrative control to be deemed ‘fit’ to play.

Their entries weren’t without controversy, doubts still linger over safeguarding interests of thousands of members and countless supporters of the community clubs in their new corporate versions.

Yet both these institutions-turned-private outfits are determined to put these murmurs behind, knowing full well a Derby victory would make them instantly acceptable to fans of all age and walks of life.

Regardless of the game’s outcome, ISL organisers are licking their chops at mass viewership and organic social media engagement, indicative of the league’s wholehearted acceptance in Indian football’s traditional hotbed of Kolkata.

Which explains why Derby promotions began well before action started on November 20, even overshadowing the opening game’s publicity.

In its first six years, ISL aggressively promoted several regional match-ups as ‘Derby’. But it is only now that it can flaunt a real, historic rivalry in its ranks.

Promo videos, statistics have all been dug up to whet the appetite of the fanatics. Not that they mind, happily lapping up vignettes of memorable past Derby victories.

How much they would dearly pray for a debut ISL Derby win, which would go down in history, as Bagan’s victory (3-0 after replay) in their first meeting at Cooch Behar Cup in 1921 and East Bengal’s 1-0 win in 1925 Calcutta Football League (CFL) have been.

These stats would mean little to both teams’ owners but could be appealing to local players. ATK Mohun Bagan have several Bengalis with Derby experience. Most of them would feature in the first XI, which could work to their advantage.

Their chief goal-getter Roy Krishna has harped on this point while understanding the Derby’s dynamics from his teammates.

Bagan coach Antonio Habas would also benefit from retaining nearly last season’s entire squad. They also have a competitive match under their belt, beating Kerala Blasters 1-0 in the opening round.

But neither on-paper supremacy of Bagan or ‘surprise element’ of SC East Bengal would guarantee victory. The unknown proposition factor has its advantages as well as disadvantages.

Assembled hurriedly and expensively, SCEB not only is a new entity but also a fresh team. Their most striking acquisition perhaps is the coaching pool, led by Liverpool great Robbie Fowler and the novel set-piece coach Terry McPhillips.

They have several known faces, most of them ex-Bagan players, how many of them would start remains to be seen. Not only are all their six foreigners new to Indian football, they are yet untested in a demanding fixture of this nature.

Come forward, the young – the future's begun,
Come forward, it's calling to you!
The storm now is heavy, it's breaking the levee,
You must cross the borders you knew.

On top of an insufficient, bio-bubble engulfed pre-season, opening their campaign with a Derby is another tough predicament for the Red and Golds.

Fowler himself is still new to management, with only a truncated season at A-League side Brisbane Roar, his only full-time experience. He would pit the British footballers signed on his recommendation against the Spanish-flavoured Bagan, marshalled by two-time ISL winner Habas.

The duel of foreigners could determine the contest, though what is needed is an Indian or a local hero to emerge from the match.

If that happens, the victorious team’s fans would earnestly raise a toast despite sitting thousands of kilometres away and ‘rich-man’s field’ ISL would get a much-needed popular embrace.