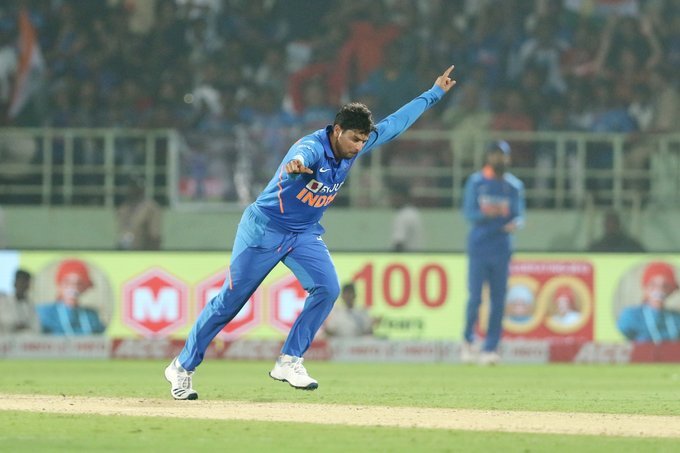 Visakhapatnam: Chinaman Kuldeep Yadav has become the 1st Indian bowler to pick up more than one hat-trick in international cricket, achieving the feat during the 2nd ODI between India and West Indies at the YS Rajashekara Reddy ACA-VDCA Stadium in Visakhapatnam.

Yadav picked up the wickets of Shai Hope, Jason Holder and Alzarri Joseph in the last 3 balls of the 33rd over.

It was his second hat-trick in ODI cricket. Kuldeep had picked up his 1st hat-trick against Australia in Kolkata in 2017.

While Malinga leads the list with 3 ODI hat-tricks, all the others have picked up 2 in the 50-over format of the game.