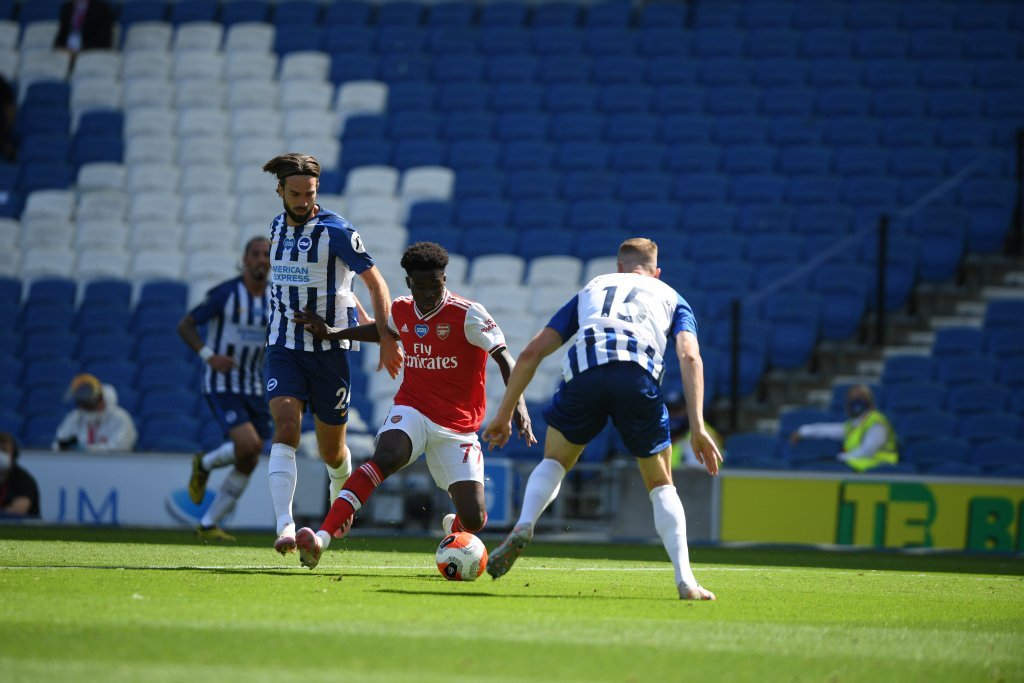 London: Another loss. Another big injury. Things are going from bad to worse for Arsenal in the early days of the Premier League’s resumption.

A 2-1 defeat at Brighton came only three days after a 3-0 beating by Manchester City, with the demoralizing results robbing Arsenal of the momentum it had before the suspension of the league three months ago because of the coronavirus outbreak.

Qualification for the Champions League looks a long shot now Arsenal is in 10th place, six points off Manchester United in fifth and manager Mikel Arteta also has a growing injury list to deal with in this congested period of matches.

Bournemouth remained stuck in the Premier League’s relegation zone after losing 2-0 to Crystal Palace in the teams’ first game back after soccer’s three-month shutdown.

Luka Milivojevic curled a free kick over the wall and into the top corner from 25 yards (meters) in the 12th minute, before Jordan Ayew finished off a flowing move involving Wilfried Zaha and Patrick van Aanholt in the 23rd on Saturday.

Palace has now gone a club record of four Premier League games without conceding a goal.

While Palace moved up to ninth place, and just four points off fifth-place Manchester United in what is currently the final Champions League qualification spot, Bournemouth is in a relegation fight as it looks to secure top-flight soccer for a sixth season.

Bournemouth is third from last on 27 points, behind West Ham on goal difference.

La Liga: Atletico up to third spot with win over Valladolid