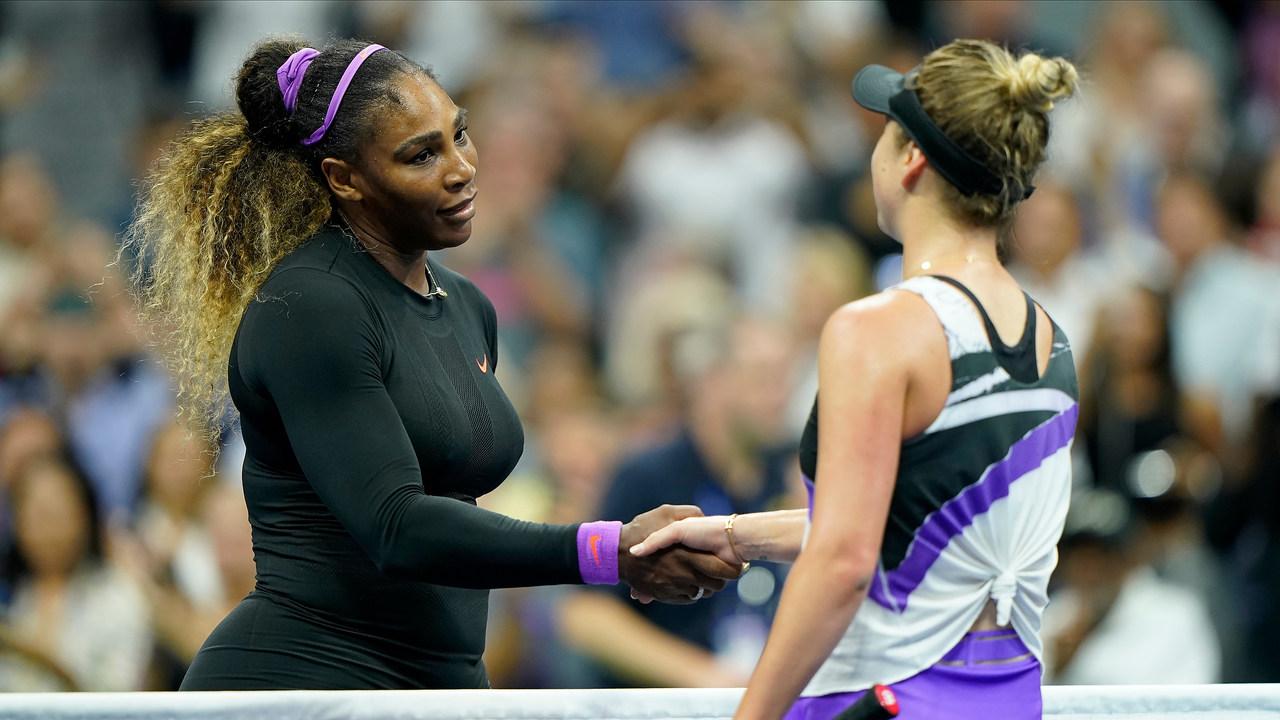 Serena will be eyeing her 24th Grand Slam win in the US Open final. Text: US Open

New York: Serena Williams earned her 10th trip to the US Open women’s singles final with a 6-3, 6-1 victory over No. 5 Elina Svitolina Thursday night in Arthur Ashe Stadium.

The women's singles final is set!

Who is your pick to lift the 🏆? #USOpen pic.twitter.com/CwsoEOZhee

Svitolina had her chances, but Williams fought off six break points. Once Williams closed out the first set, she made quick work of the second to win her 101st career match victory at the US Open, tying Chris Evert’s all-time record.

Bianca Andreescu powered past Switzerland’s Belinda Bencic and into her her maiden Grand Slam final with yet another electrifying performance on Thursday night in Arthur Ashe Stadium, 7-6, 7-5.

Make it 13 consecutive victories in a row for Andreescu—and the winning streak doesn’t even begin to tell the story of the Canadian’s remarkable rise in 2019.

Ranked well outside the Top 50 when the season began, Andreescu now stands one victory from putting the finishing touches on one of the greatest Grand Slam success stories of the last two decades.

“If someone told me a year ago that I’d be in the finals of the US Open this year, I’d tell them ‘You’re crazy,'” Andreescu said on court after the match.

Nadal shakes off Schwartzman to enter US Open semis