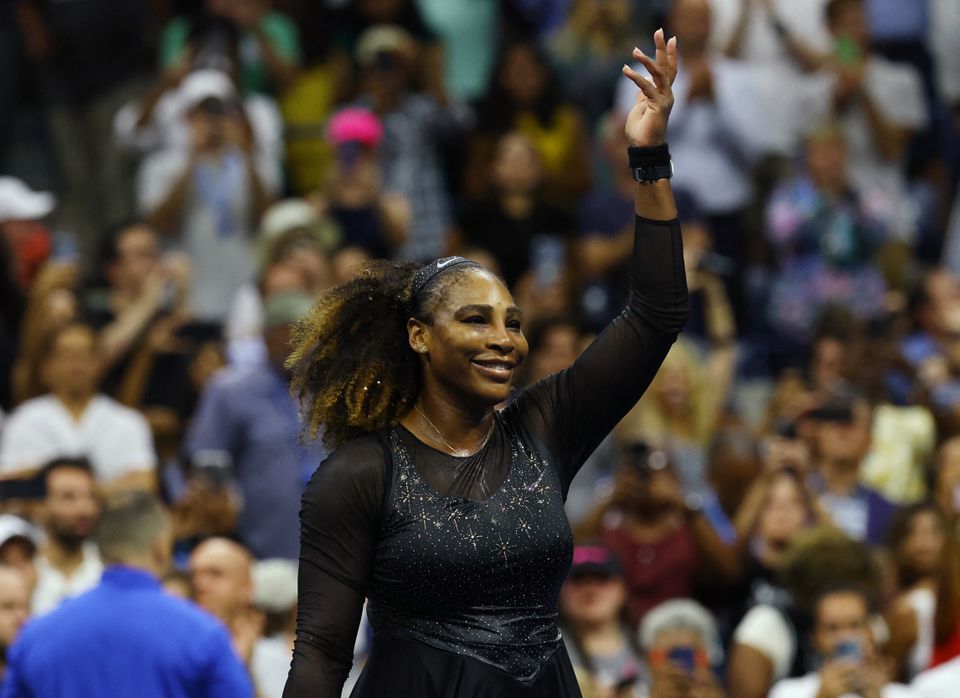 Serena Williams signalled she is not quite ready for retirement advancing to the second round of the U.S. Open on Monday with a scrappy 6-3 6-3 win over Danka Kovinic.

The victory over the 80th ranked Kovinic, just her second this year, will be a confidence boost for Williams but the path to a record equalling 24th Grand Slam now gets treacherous.

Waiting in the wings is Estonian second seed Anett Kontaveit, who breezed past Jaqueline Cristian 6-3 6-0.

It was far from a vintage performance from the 40-year-old American but it mattered not to a jam-packed Arthur Ashe Stadium as Williams’ fighting spirit remained razor sharp even if her serve and ground strokes were not.

Even with Williams far from her best the odds always appeared stacked against the 27-year-old from Montenegro.

Playing in her 21st U.S. Open, Williams has never lost in the first round and her victory over Kovinic was her 106th at Flushing Meadows.

While Kovinic has been enjoying the best Grand Slam season of her career reaching the third round of both the Australian and French Open, she had not won a single match since Roland Garros.

But as play got underway it was Williams showing signs of nerves, piling up the double faults as Kovinic got in front 3-2.

With the crowd as always in her corner, Williams lifted her game when she needed to, sweeping the next four games to snatch the first set.

Now in charge, Williams would not let it slip away in the second set, breaking to go up 3-2, and with match point and the crowd on its feet, she danced in delight as Kovinic’s return hit the net.

Serena Williams hoping to make it count in final appearance