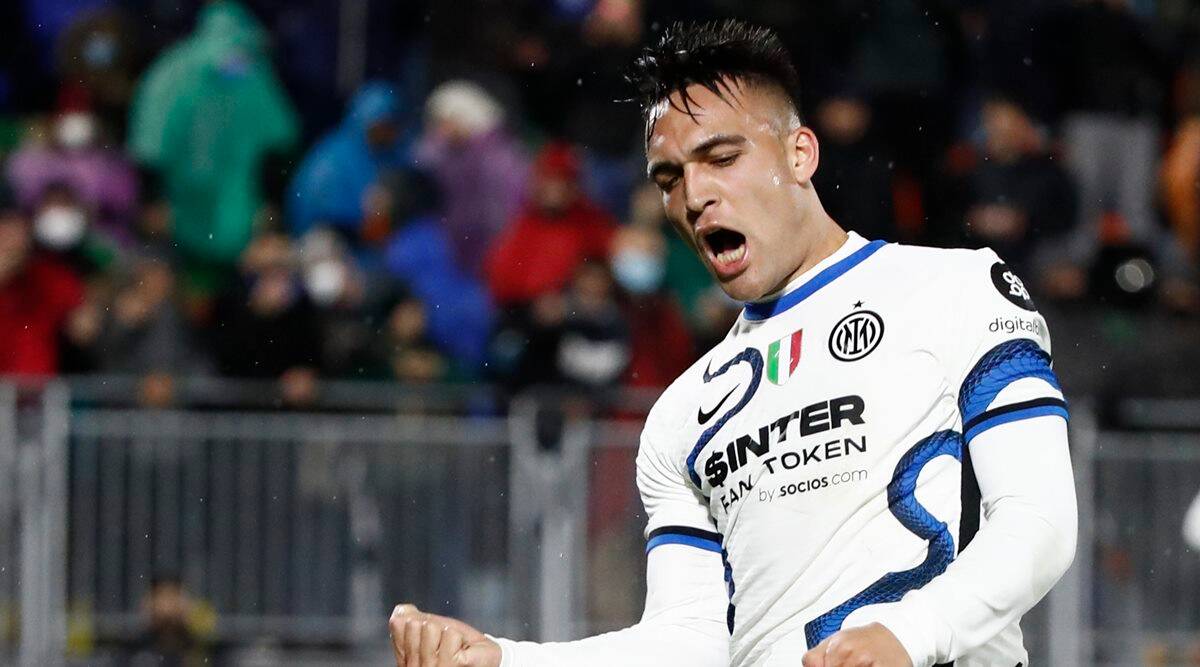 Inter Milan kept up the pressure on the top two in Serie A as the defending champion won at Venezia 2-0 on Saturday.

Hakan Calhanoglu opened the scoring in the first half and Lautaro Martinez sealed the result with a stoppage-time penalty.

Third-placed Inter moved to within two points of AC Milan and Napoli.

Inter was full of confidence ahead of the trip to Venice, having won five of its past six matches including a midweek victory over Shakhtar Donetsk to qualify for the Champions League knockout stages for the first time in 10 years.

Both teams struggled on Saturday to create chances in the early stages and Inter’s best opportunity came in the 30th minute when Venezia goalkeeper Sergio Romero did well to parry an Ivan Perisic header.

Inter took the lead six minutes later as Calhanoglu unleashed a powerful effort from outside the area that flew into the bottom left corner.

Venezia almost leveled shortly after with a screamer from Mattia Aramu that Inter goalkeeper Samir Handanovic kept out.

Inter had several opportunities to double its lead before eventually doing so in stoppage time. Venezia goalkeeper Ridgeciano Haps was penalized for handball and Martinez struck the resulting spot kick into the bottom left corner.

There was more misery for Juventus as it lost at home to Atalanta 1-0 and was roundly jeered by its fans.

That loss came four days after losing 4-0 at Chelsea in the Champions League.

Atalanta hadn’t done much better, fumbling a lead twice in a 3-3 draw at Young Boys.

Duvan Zapata scored the only goal in Turin, with a powerful effort in the 28th minute that went in off the underside of the crossbar.

Juventus almost leveled in the second half but Adrien Rabiot’s effort was fingertipped wide by Juan Musso.

Juventus players Federico Chiesa and Weston McKennie went off injured during the match, to cap a miserable night for the Bianconeri.

Fiorentina seemed to be heading for the win after Dusan Vlahovic’s 57th-minute opener but substitute Filippo Bandinelli leveled in the 87th and Andrea Pinamonti netted the winner two minutes later.

Also, Sampdoria came from behind to beat Hellas Verona 3-1.