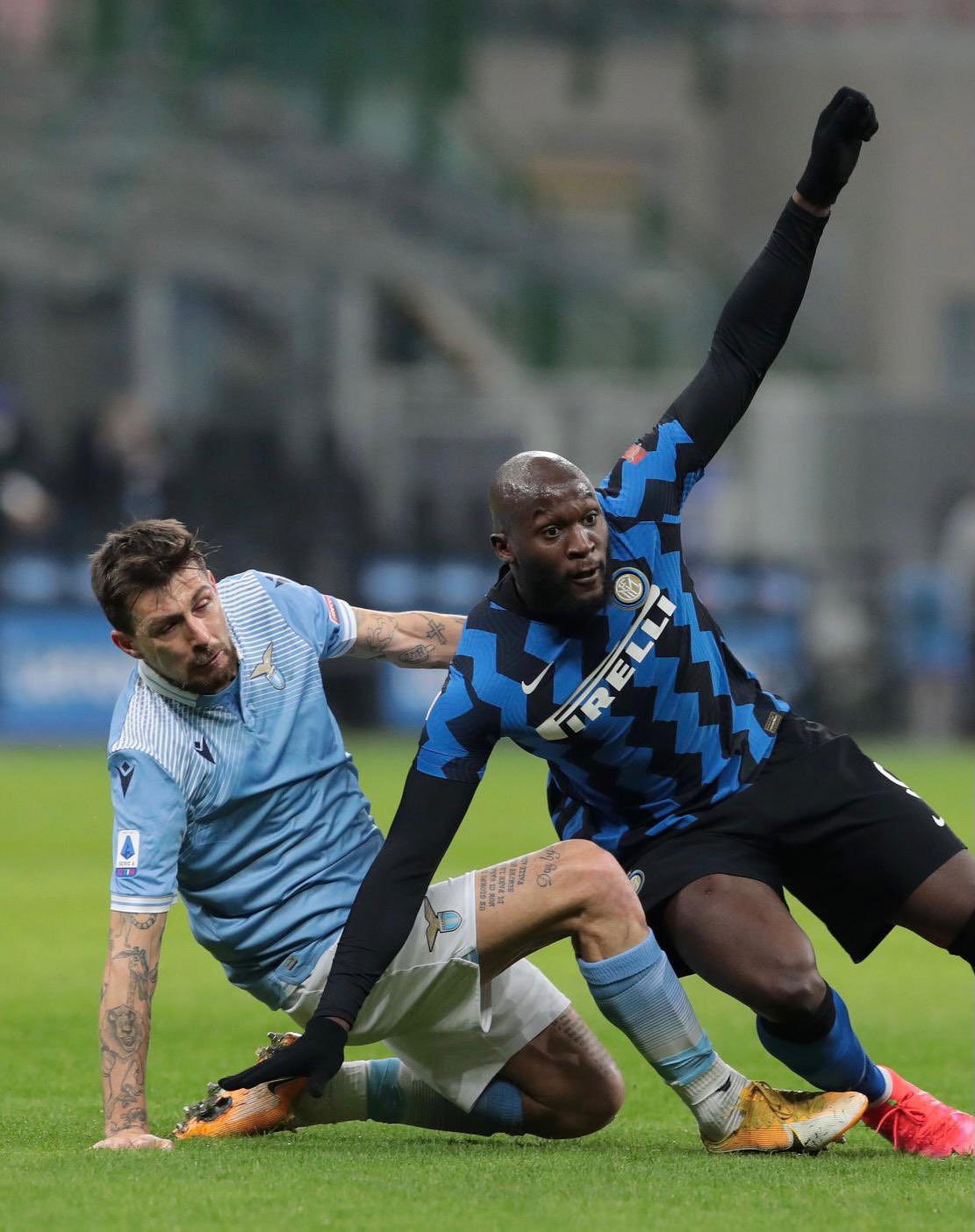 Rome: Romelu Lukaku took the center-stage at the San Siro as the Belgian scored two and set up another, helping Inter Milan conquer Lazio 3-1 to leapfrog AC Milan, into the top place of Serie A.

Both sides were in sharp form on Sunday as a win would secure Inter the top place while Lazio was coming off six consecutive Serie A victories, reports Xinhua news agency.

Inter players wore a special edition jersey with their names in Chinese characters to celebrate the Chinese Spring Festival.

The home side went ahead in the 21st minute as Lukaku laid it off for Lautaro Martinez, the Argentine broke into the box and was brought down by Wesley Hoedt. Lukaku stepped up to convert the resulting penalty, sending Pepe Reina the wrong way.

The Nerazzurri doubled the lead before the interval, when Marcelo Brozovic’s tackle bounced off Manuel Lazzari, turning into an assist for Lukaku to drill home. The goal was initially ruled out for offside, but the referee corrected it after consulting the VAR.

The Biancocelesti seemed to be getting a lifeline on the hour mark, as Sergej Milinkovic-Savic’s free-kick took a huge deflection off Gonzalo Escalante to go beyond a helpless Samir Handanovic.

But Inter shattered Lazio’s hopes three minutes later with a textbook counter-attack as Lukaku sprinted from his own-half, resisting a shoulder-to-shoulder challenge against Marco Parolo, and squaring for Lautaro to tap in totally unmarked.

The win, coupled with AC Milan’s stunning 2-0 defeat to Spezia, sent Inter to the top of the table with 50 points, one point clear of its city-rivals.

Also on Sunday, Roma swept Udinese aside 3-0, as Jordan Veretout’s brace put the Giallorossi firmly in charge in the first half, and Pedro Rodriguez sealed the win before the whistle.