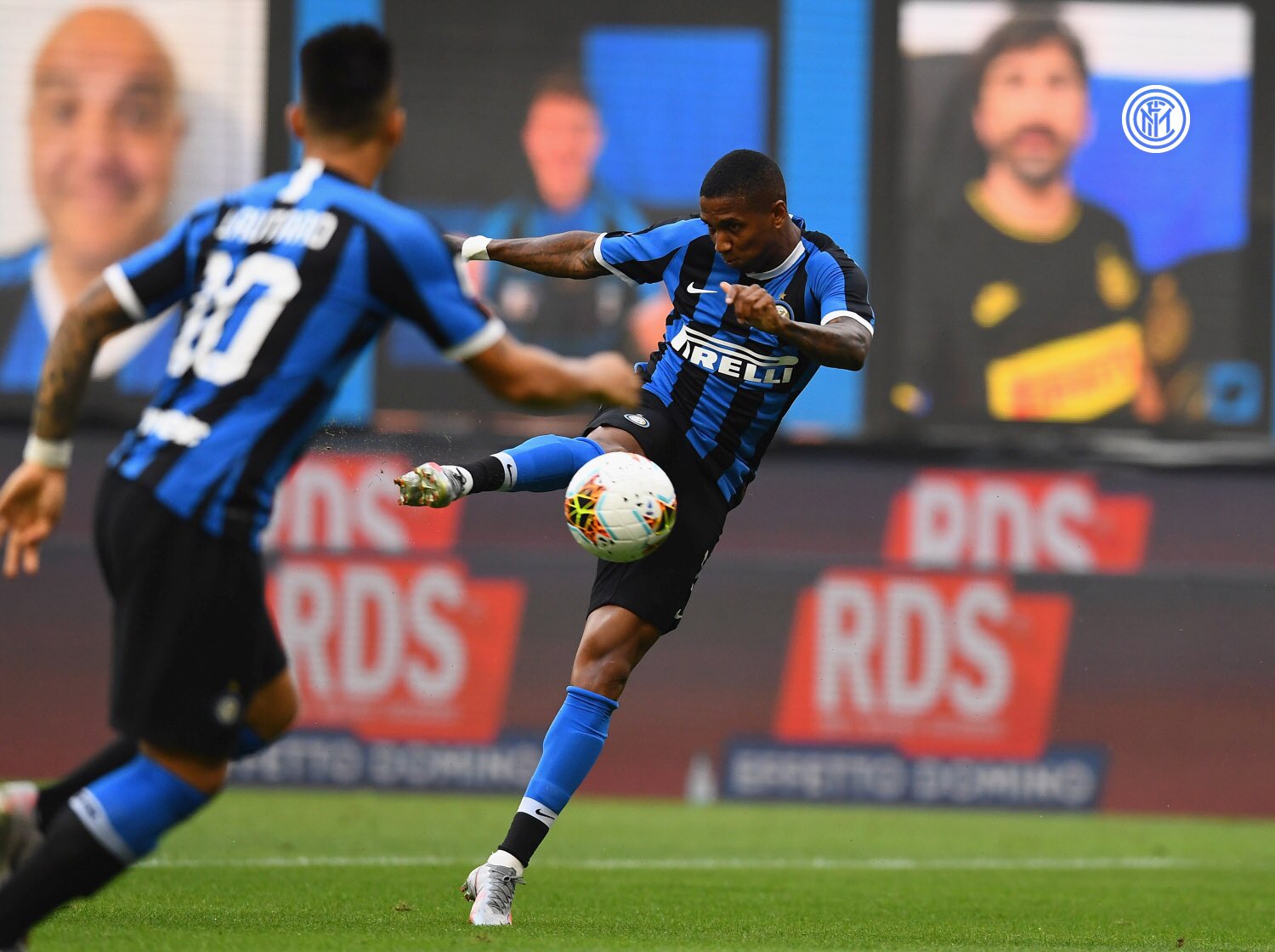 Inter was already 3-0 up at halftime thanks to the penalty and goals from Ashley Young and Danilo D’Ambrosio. Roberto Gagliardini, Christian Eriksen and Antonio Candreva netted after the break on Wednesday.

Inter moved seven points above fourth-place Atalanta, which hosts Napoli on Thursday. It is eight points behind league leader Juventus.

Inter Milan needed to win to hold off hard-charging Atalanta in the race for third and took the lead in the fifth minute when Young was left unmarked to volley in S nchez’s cross.

S nchez got on the scoresheet himself 15 minutes later, striking a penalty into the bottom left corner after Victor Moses was tripped by Ale Mateju.

Inter confirmed earlier in the day that the Manchester United forward will remain on loan until the end of the Serie A season.

“We brought him here for his qualities,” Inter coach Antonio Conte said. “He’s now starting to find his feet, even if he’s still not the S nchez I was such a big fan of in England.

“What I can say however, is that he’s on the right track, he put in a great performance today.”

Inter had struggled since the season resumed after it was halted because of the coronavirus pandemic but it all but wrapped the match up on the stroke of halftime when D’Ambrosio headed in Young’s cross.

And S nchez set up another seven minutes after the break with a free kick which was headed in by Gagliardini.

Inter coach Antonio Conte brought on Candreva, Eriksen and Romelu Lukaku midway through the second half and the latter two combined for Inter’s fifth in the 83rd minute, with Eriksen tapping in after Lukaku’s effort was parried.

Candreva, who had earlier hit the crossbar, finished off the scoring five minutes later.

AC Milan was gifted an equalizer as 10-man Spal threw away a two-goal lead to draw 2-2 and give up precious points in its bid to escape relegation.

Spal defender Francesco Vicari diverted a cross into his own net in stoppage time.

Spal had played the entire second half with 10 men after Marco D’Alessandro was shown a straight red card for a challenge on Theo Hern ndez.

Milan struggled to create anything before Zlatan Ibrahimovic made his comeback from injury as a 65th-minute substitute. The Rossoneri immediately appeared more dangerous and Rafael Le o got his side back into the match 11 minutes from time.

Spal had scored both its goals in the first half hour. The first was a scrappy goal from Mattia Valoti but the second was a magnificent lob from 30 yards by Sergio Floccari.

Spal moved off the bottom of the table but is still seven points from safety.

Hellas Verona beat Parma 3-2 to climb above its opponents in the race for Europa League spots.

It moved a point below Milan and three behind sixth-placed Napoli.

Lecce remained a point from safety after losing 2-1 against Sampdoria, with all goals coming from penalties.

Fiorentina lost 3-1 at home to Sassuolo and Bologna drew 1-1 against Cagliari.