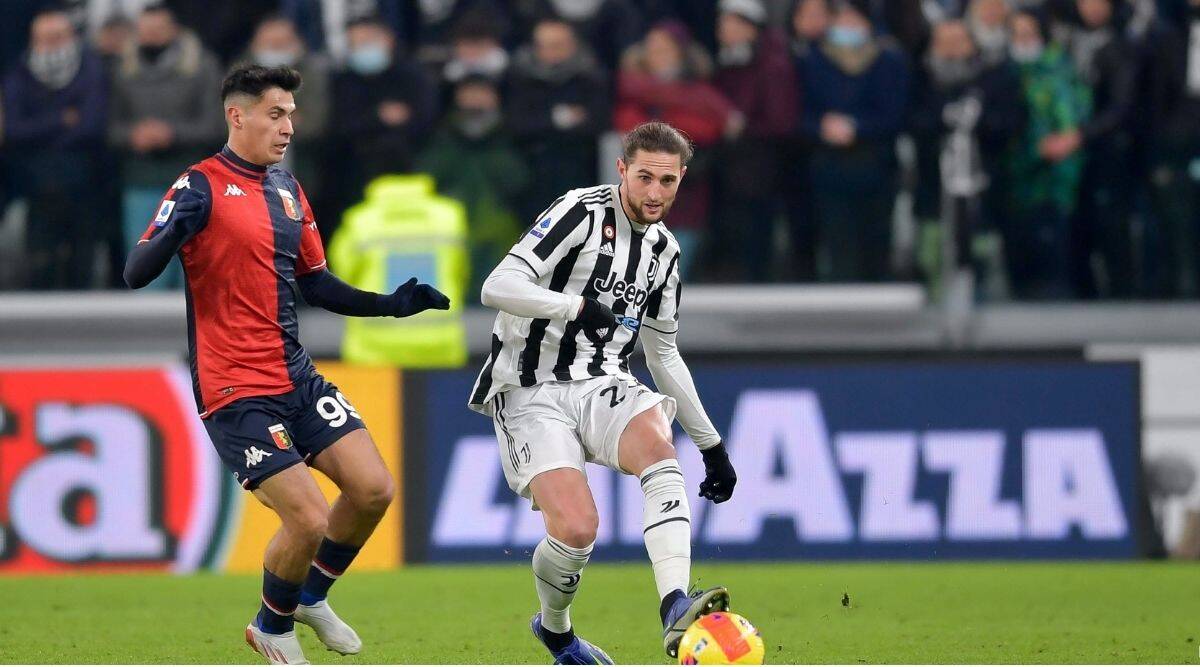 Juventus put aside its off-the-field problems as the Bianconeri beat relegation-threatened Genoa 2-0 in Serie A on Sunday but coach Massimiliano Allegri had a touchline spat with one of his own players. Juan Cuadrado and Paulo Dybala scored at either end of the match for Juve’s fourth win in five league games.

That sent Allegri’s side to fifth place, seven points behind Atalanta in fourth and the final Champions League berth. Juventus is above Fiorentina on goal difference after Vincenzo Italiano’s side won 3-2 at Bologna. Allegri had insisted before the match that he and his players were not being distracted by Juventus being investigated for alleged false accounting.

And Juventus got off to the perfect start as it took the lead in the seventh minute when Cuadrado curled in from the corner flag. It was the second goal scored directly from a corner after Hakan Calhanoglu did the same for Inter Milan on Saturday.

The Bianconeri had plenty of chances but it took them until eight minutes from time to extend their advantage mainly because of some brilliant saves from Genoa goalkeeper Salvatore Sirigu. The goal came when Dybala fired home a through ball from Federico Bernardeschi.

Tempers had threatened to boil over earlier and almost did so when Alvaro Morata was substituted seconds after getting a booking and was shouted at by Allegri on the touchline.

Lazio had only picked up one point from its past three league matches and that came in Thursday’s extraordinary 4-4 draw against Udinese. It dominated from the start at Sampdoria and was 3-0 up by halftime following Sergej Milinkovic-Savic’s early opener and a double from Immobile.

However, Milinkovic-Savic was also sent off in the 67th minute after two yellow cards in a matter of moments _ the first for a foul and the second for something he said to the referee. But Samp only managed to pull one back in the final minute through Manolo Gabbiadini.

Venezia appeared to be on the way to a comfortable victory when it went 3-0 up inside 28 minutes but Hellas Verona went on to win 4-3. Matters appeared to be going to plan for the home side at halftime but the match turned shortly after the hour when Venezia defender Pietro Ceccaroni _ who had scored the opener _ was sent off for a desperate goalline clearance using his arm. Gianluca Caprari converted the penalty.

Verona ended up going from 3-0 down to 3-3 in the space of 15 minutes, including an own-goal. Giovanni Simeone leveled in the 67th and scored the winner five minutes from time with a screamer from 20 yards into the top corner.

Sassuolo also fought back, from two goals down, to draw 2-2 at Spezia. Giacomo Raspadori scored twice in the second half for Sassuolo.