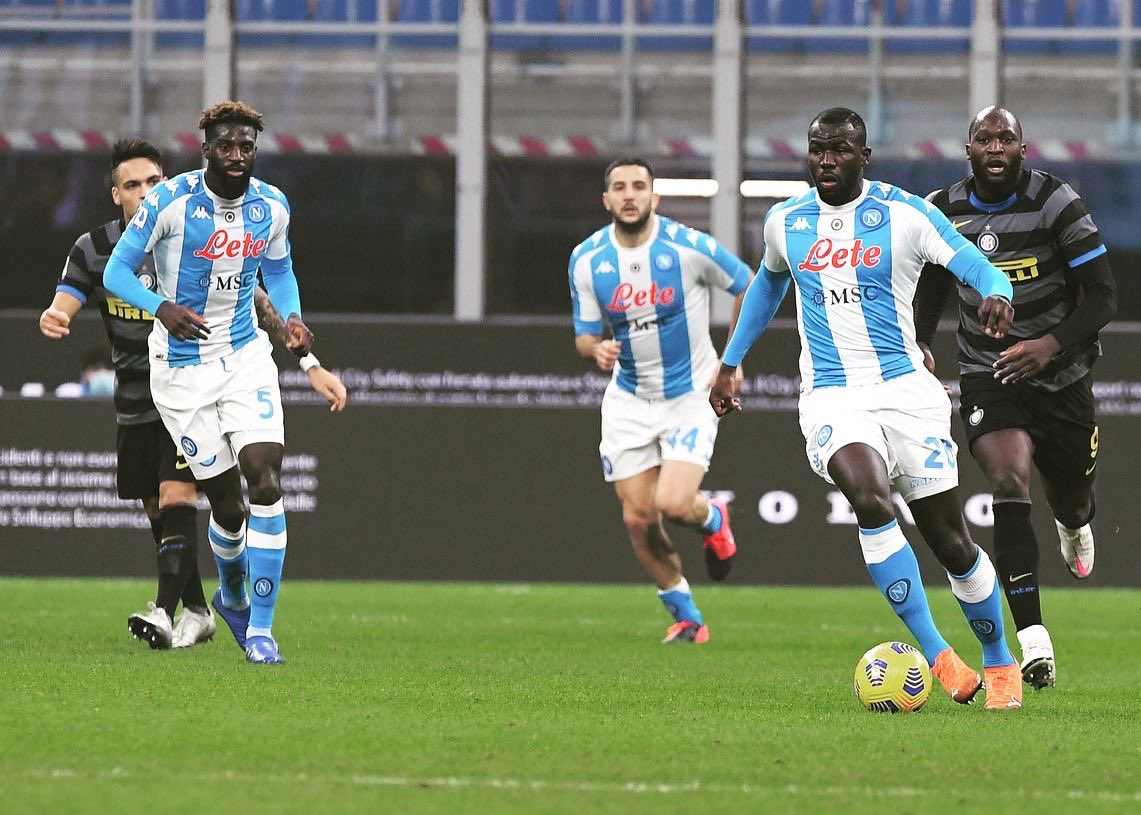 Milan: Romelu Lukaku scored from the penalty spot as Inter Milan battled past title rivals Napoli 1-0 on Wednesday to move one point behind Serie A leaders and city rivals AC Milan who were held at Genoa.

Defending champions Juventus sit three points behind Inter after Cristiano Ronaldo missed a penalty in a 1-1 home draw with Atalanta.

Napoli — who played the final quarter of an hour a man down after captain Lorenzo Insigne was sent off — drop to fourth, a further point adrift.

“Only in Italy players are thrown out for this stuff,” fumed Napoli coach Gennaro Gattuso, blasting “a dubious penalty”.

Napoli also saw club record scorer Dries Mertens limp off with an ankle injury in the first half.

Lukaku stepped up to slot in on 73 minutes for his 10th league goal this season, joining Ronaldo and Zlatan Ibrahimovic at the top of the Serie A goalscoring chart.

For Antonio Conte’s Inter it was a fifth consecutive league win as they target a first Scudetto since 2010, with their European hopes now over.

“It was a painful victory that can do us good,” said Conte. “These are three important points because against a rival and a great team like Napoli they are worth double.”

AC Milan, playing a fourth consecutive league game without the injured Ibrahimovic, came from behind twice to secure a 2-2 draw as Mattia Destro scored a double for Genoa.

The Italian striker tapped in a rebound after Milan goalkeeper Gianluigi Donnarumma denied Eldor Shomurodov just after the break.

But French defender Pierre Kalulu nodded in from close range to rescue a second consecutive draw for Milan, who stay unbeaten in Serie A since March and are looking to deny Juventus a 10th straight league triumph this season.

“We had six players out and had to grit our teeth but those who played proved to be up to par,” said coach Stefano Pioli.

“Our club has not been in the Champions League for many years and that is our goal.”

In Turin, unbeaten Juventus were held for the sixth time in Serie A this term.

Federico Chiesa curled in a powerful shot to put Juventus ahead before the half-hour mark.

But Atalanta hit back with Remo Freuler grabbing the equaliser 12 minutes into the second half, shortly after captain Papu Gomez came off the bench.

The build-up to the game had been overshadowed by tensions between coach Gian Piero Gasperini and Gomez, left out of their last two league games amid speculation he could leave the Bergamo club in January.

Ronaldo, who had fired over the target in the fifth minute, had a rare penalty miss after an hour following a Hans Hateboer foul on Chiesa.

EPL: Firmino wins it for Liverpool vs Tottenham; Arsenal draw