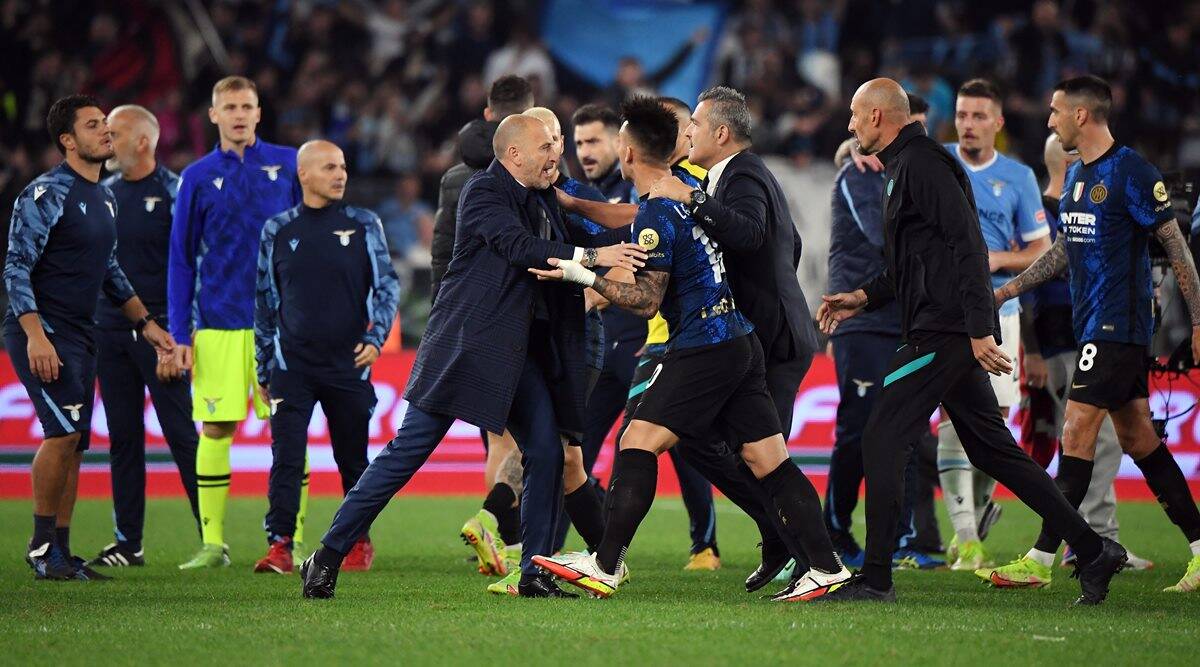 New Delhi: A controversial goal led to Inter Milan’s first defeat of the season in a 3-1 loss at Lazio in Serie A on Saturday.

The goal infuriated Inter but the rules say the referee should interrupt play only when there is a risk of serious injury, which was not the case.

Inter’s players were calling for Lazio to kick the ball out of play when Anderson redirected a rebound of a shot from Ciro Immobile.

Sergej Milinkovic-Savic then secured the three points for Lazio with a header in stoppage time as Inter’s focus was lost.

Immobile had canceled out Ivan Perisic’s first-half penalty with a penalty of his own.

It marked a bitter return to the Stadio Olimpico for new Inter Milan coach Simone Inzaghi, who coached Lazio for the last five seasons after also spending the bulk of his playing career with the Roman club.

Inzaghi acknowledged, “We lost our heads.

“That shouldn’t happen, because the referee can let play continue and there were 10 minutes plus stoppages to go. We should’ve kept playing.”

Lazio, which moved up to fifth, had been slow to adapt to Maurizio Sarri’s fast-paced attacking game but beat Roma in the city derby late last month and is developing into a tricky opponent.

Earlier, Ukraine midfielder Viktor Kovalenko _ on loan from Atalanta _ set up one goal then scored the winner as Spezia came from a goal down to beat Salernitana 2-1 and climb out of the drop zone.

It’s the first Serie A weekend in the pandemic when stadium capacities have been raised to 75%.