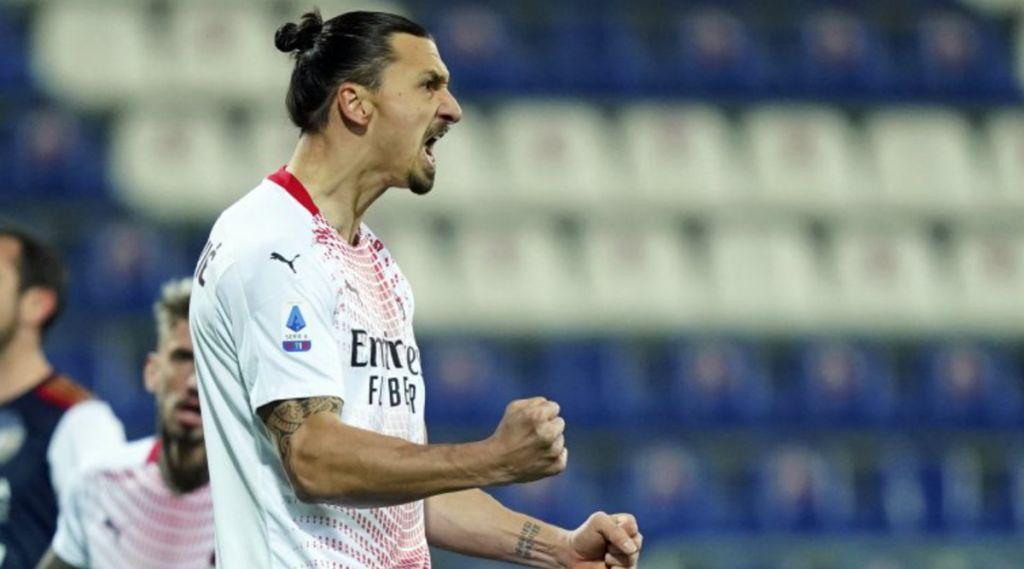 Ibrahimović converted a first-half penalty and doubled his tally early in the second period. They were his first goals since his recent return from injury, taking his tally to 12 in eight league matches.

Milan substitute Alexis Saelemaekers was sent off after picking up two yellow cards in quick succession shortly after coming off the bench.

Milan moved three points clear of second-place Inter Milan. The two play each other in the league on Feb. 21.

Ibrahimović had played the final few minutes of Milan’s last league match in his first appearance since Nov. 22 and also started last week’s cup match — both against Torino.

The 39-year-old Swede won and converted a penalty in the seventh minute in Sardinia after being barged over by Cagliari defender Charalampos Lykogiannis. Ibrahimović had missed three of his last seven spot kicks.

Davide Calabria hit the post before setting up Milan’s second, seven minutes into the second half, with a long ball over the top for Ibrahimović to run onto and place into the bottom far corner.

The only negative note was the dismissal of Saelemaekers. The 21-year-old Belgian was brought on in the 66th minute, booked two minutes later and shown another yellow card six minutes after that.