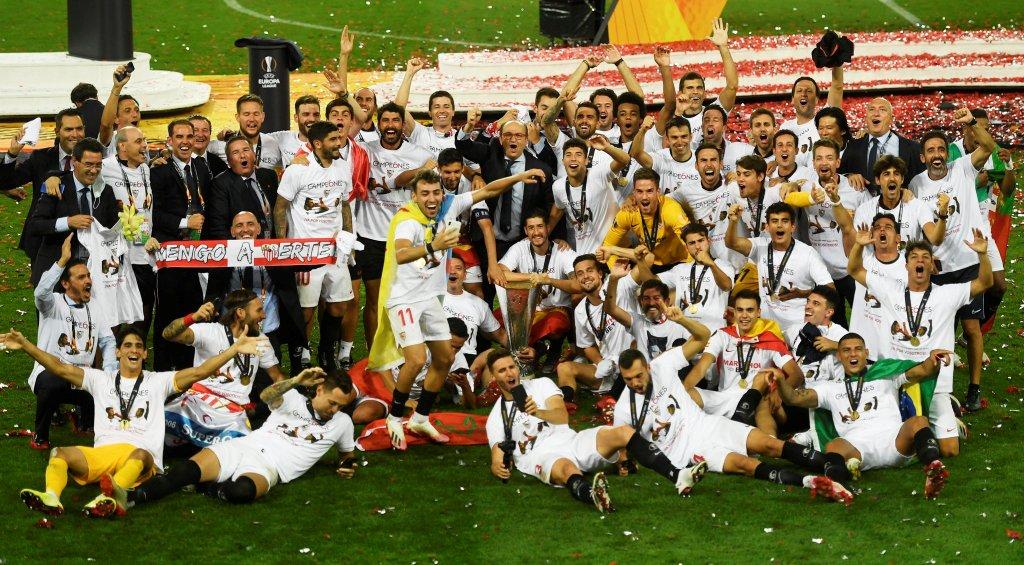 On Friday, the Spaniards turned the tides after Romelu Lukaku opened the scoring before a brace from Luuk de Jong made it 2-1. Inter equalised through Diego Godin before the break while Diego Carlos smoothed the way for the win late in the second half, reports Xinhua news agency.

Both the sides started highly motivated into the encounter and needed no warm-up time as they exchanged attacks at both ends of the pitch.

Hence, it took only five minutes before the deadlock was broken as Diego Carlos fouled Lukaku inside the box to concede a penalty. The Belgian international stepped up and made no mistake to record his 11th consecutive Europa League game with a goal.

Sevilla remained unimpressed and responded well as Jesus Navas had all time and space on the right-wing to curl the ball into the path of Luuk de Jong, who nodded home the 1-1 equaliser in the 12th minute.

Inter Milan and Sevilla traded goal-scoring opportunities but it was the Spaniards who eventually bounced back at the half-hour mark when Dutchman De Jong headed home an Ever Banega’s set-piece.

It was a short-lived joy for Sevilla though, as Inter restored parity only moments later after Marcelo Brozovic’s free-kick allowed Godin to head home the two-all draw at the far post.

Inter had to thank Samir Handanovic in the closing period of the first half as the 36-year old goalkeeper defused a dangerous effort from Lucas Ocampos before the half time.

After the restart, both teams focused on their defence during the break, thus goal-scoring opportunities were at a premium in the opening stages of the second half.

Lukaku had a shot on target at the hour mark but the Belgian international striker remained in the thick of things as he accidentally deflected Diego Carlos’s overhead kick into the wrong goal in the 76th minute.

Inter started an onslaught on Sevilla’s goal in the dying minutes of the game but for all that Sevilla’s well-positioned defense stood firm and protected the narrow lead to the final whistle, clinching a record sixth Europa League title.

“The squad deserves the title. We’ve been fighting all season and getting over the problems that we’ve encountered. This is also for the fans, who deserve to wake up happy everyday,” Sevilla’s team skipper Jesus Navas said.