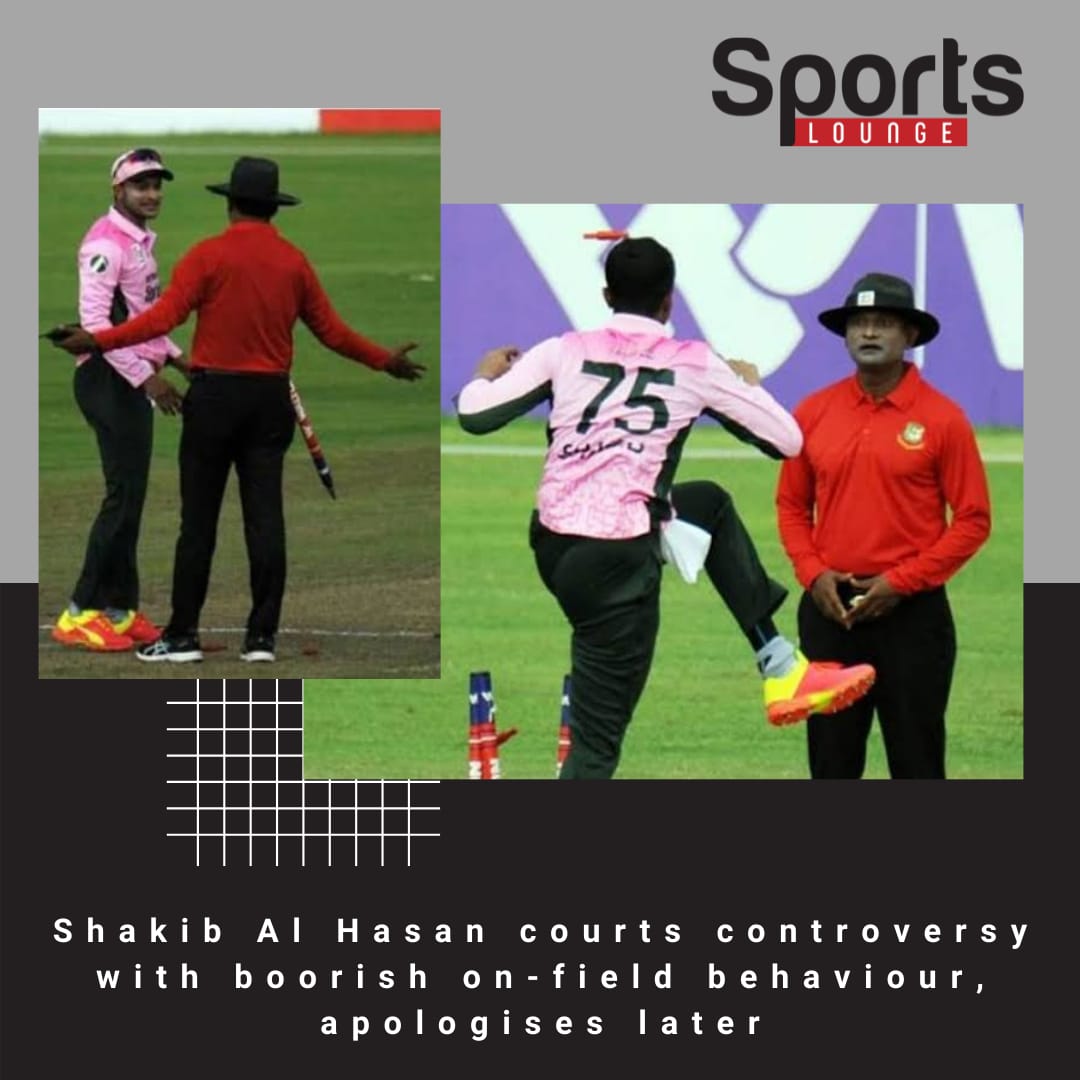 Dhaka: Bangladesh allrounder Shakib Al Hasan apologised for losing his temper and ‘ruining the match’ after he kicked, uprooted and threw the stumps upon arguing with an umpire during a Dhaka Premier Division Twenty20 Cricket League on Friday.

Shakib lost his temper on two separate occasions in the match between Mohammedan Sporting Club and Abahani Limited; first when he was denied an lbw against Mushfiqur Rahim, and then when the umpires stopped play due to rain in the sixth over.

“Dear fans and followers, I am extremely sorry for losing my temper and ruining the match for everyone and especially those who are watching from home. An experienced player like me should not have reacted that way but sometimes against all odds it happens unfortunately. I apologise to the teams, management, tournament officials and organizing committee for this human error. Hopefully, I won’t be repeating this again in the future. Thanks and love you all,” he wrote on Facebook.

Shakib is captain of Mohammedan and made 37 off 27 as the team posted 145 for 6 batting first. Mohammedan won the match comfortably, but the victory was not the talking point due to Shakib’s actions. It remains to be seen what action the match referee and umpires, and the Bangladesh Cricket Board, take.

Shakib Al Hasan completely loses it – not once, but twice!

Wait for when he pulls the stumps out 🙈 pic.twitter.com/C693fmsLKv