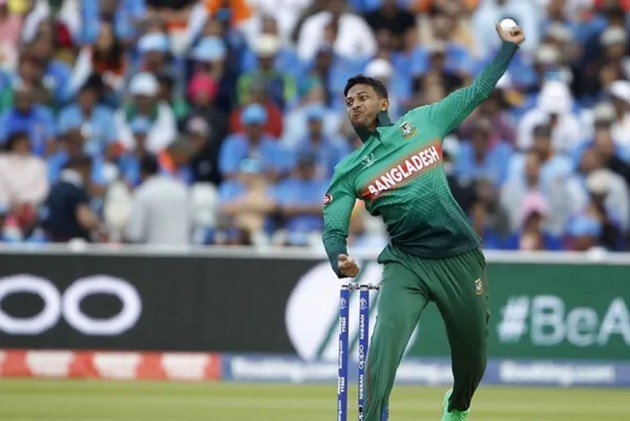 London: Suspended for failing to report multiple corrupt approaches, Bangladesh captain and top all-rounder Shakib Al Hasan has stepped down from the World Cricket Committee of the MCC — the custodians of the game’s laws.

The 32-year-old Shakib was on Tuesday banned for two years, one year of it suspended, for failing to report approaches by suspected Indian bookie Deepak Aggarwal to the ICC’s Anti-Corruption Unit.

The suspension rules the all-rounder out of next month’s away series against India, and the IPL and the T20 World Cup next year.

“Marylebone Cricket Club (MCC) can today confirm that Al Hasan has stepped down from his involvement with the MCC World Cricket committee,” the club stated in a press release.

Shakib accepted charges of breaching the ICC Anti-Corruption Code and therefore does not have the right to appeal against the punishment, which could have been a maximum of five years.

Shakib joined the MCC World Cricket committee in October 2017, and attended meetings in both Sydney and Bengaluru.

The MCC World Cricket committee comprises current and former international cricketers and umpires from across the globe and meets twice yearly to discuss the prevalent issues in the game.

The next meeting is due to take place in Sri Lanka in March 2020.

“We are sorry to lose Shakib from the committee, where he has made a great contribution over the last couple of years. As guardians of the Spirit of Cricket we support his resignation and believe this was the right decision,” Mike Gatting, Chairman of the World Cricket committee, said.

The world’s No.1 ODI all-rounder was asked to provide information on team composition and strategy on three separate occasions by Aggarwal, according to the detailed judgement released by the ICC.

One of the approaches was made on April 26, 2018 when his IPL franchise Sunrisers Hyderabad was to take on Kings XI Punjab. Sunrisers won the game by 13 runs.

Aggarwal’s other two approaches were during the Bangladesh Premier League when Shakib was playing for Dhaka Dynamites in 2017, followed by the tri-series against Zimbabwe and Sri Lanka in January 2018.

The suspected bookmaker wanted to meet Shakib but the player didn’t oblige as “…following their conversations, he had the feeling that Aggarwal was a bookie.”

Bangladesh’s series against India starts with the T20 Internationals, from November 3, followed by the Test series, which will also include the two teams’ maiden day-night game in the longest format.