Sharapova wins on return from injury in Mallorca 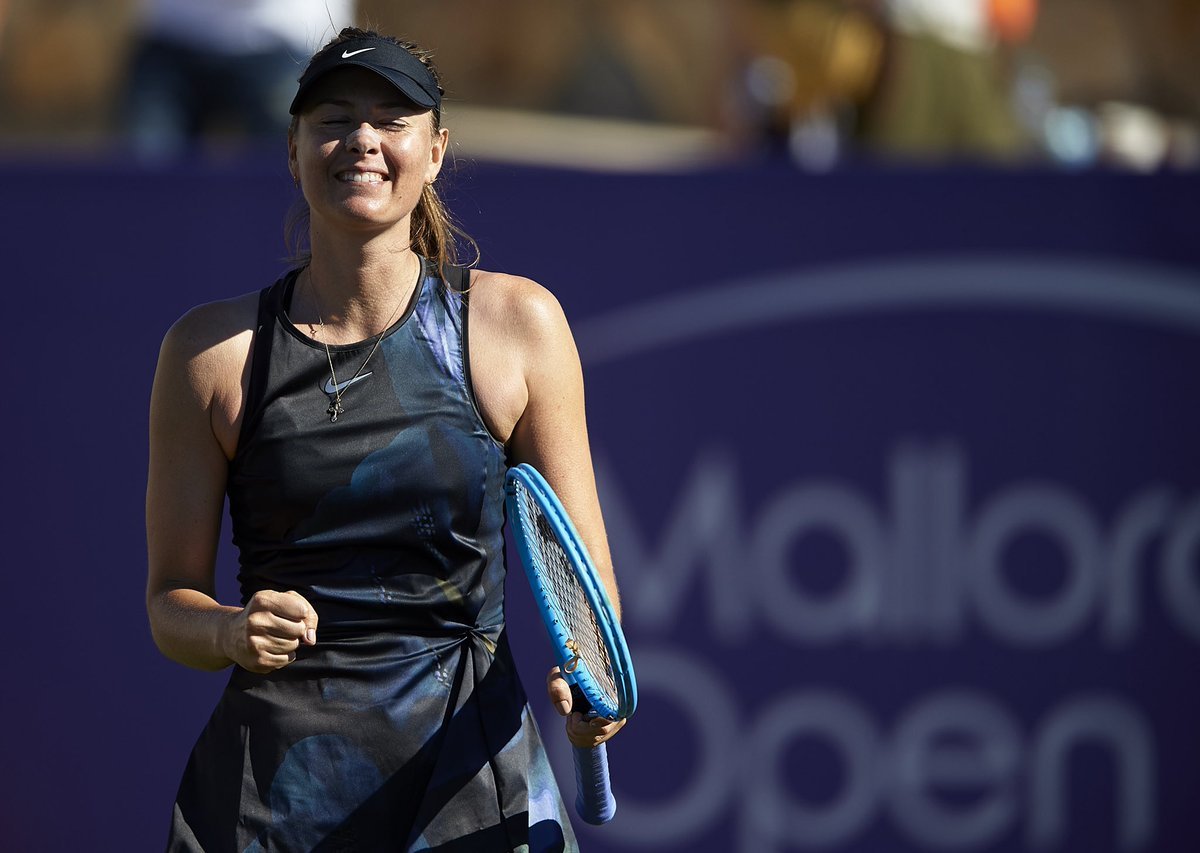 It was Maria Sharapova's first match in four months after a shoulder injury.

Tuesday’s appearance was the Russian player’s first in four months after a shoulder injury.

Sharapova, ranked number 85 in the world, faced fierce resistance during the first set and then eased past the 21-year-old Slovak to win the first match she has played in since January 7-6 (10-8) 6-0.

“It’s my first win in about three or four months,” Sharapova was quoted as saying on the WTA website.

“It’s great to be here in Mallorca, what a great place to train and have a warm-up tournament.

“It’s been amazing for all of us here, and it’s just been nice to experience it for the first time. I absolutely love Mallorca. I’ve been here for a couple weeks and I feel like a local, visiting some places on my days off.

First match in a few months. First win on grass since 15’. I don’t usually get my phone out until I’m finished with my cool down ( only to write to mama 😊) but this deserves a selfie 😘🤸🏼‍♀️ pic.twitter.com/YARbPdRb3Z

“But mostly, I’ve been training, getting ready for this tournament, which is really important for me,” she added.

During the match that lasted for nearly 90 minutes, Sharapova gave signs of her full recovery as she fought for every point.

She took the initiative in the early going of the first set, breaking Kuzmovaof’s serve, only to lose her following game.

A similar scenario took place in the final stretch of the set, with the last couple of games going against serve, forcing a tie break of which she emerged victoriously.

Sharapova, who put on a nasal strip, then proved to be unstoppable as she won six games in a row in just 24 minutes to seal the win.

For a place in the quarter-finals, the five-time Grand Slam champion will square off against the winner of the clash pitting top seed Angelique Kerber and Ysaline Bonaventure.

Fit Sharapova gears up for return at Mallorca Open