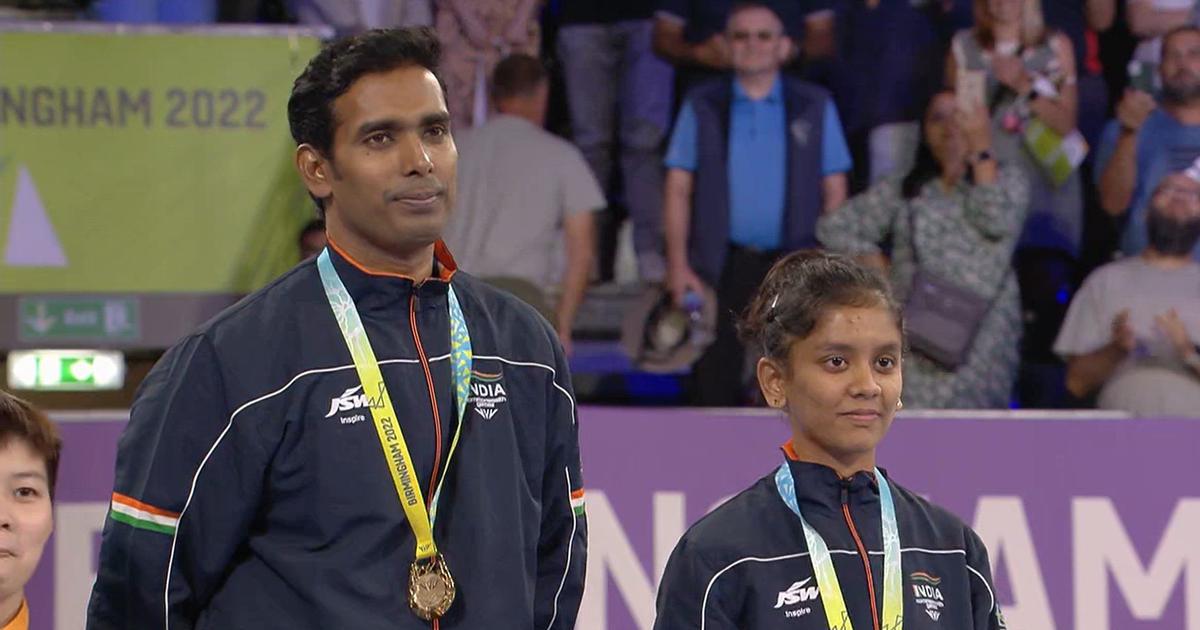 Barring a blip in the second game, Sharath and Akula pair was in complete control of the tie, comfortably beating Javen Choong and Karen Lyne of Malaysia 11-4, 9-11, 11-5, 11-6 in the gold medal contest.

The only other time Sharath, fourth seeded here, made it to the final, he returned with a gold in the 2006 edition in Melbourne.

By reaching the final, Sharath has already assured himself of a silver and has increased his CWG medal count to 13.

For Akula, it was her maiden CWG medal.

Earlier in the day, the seasoned pair of Sharath and G Sathiyan was outsmarted by familiar foes Drinkhall and Liam Pitchford of England in the men’s doubles final.

It was a repeat of the 2018 final in Gold Coast and to the disappointment of the Indians, it was the same result.

The Indian contingent has been getting tons of support from the crowd here but at the NEC table tennis arena on Sunday, English fans outnumbered the Indians.

With very little separating the two pairs, the Indians began well with Sathiyan hitting a crisp forehand winner to go 1-0 up in the gold medal match.

Drinkhall and Pitchford fought back in the second game. A down the line backhand from Pitchford made it 5-1 for England. The Indians were having a tough time retrieving the serve with their opponents mixing things up.

Sharath’s returns from the backhand were yielding mixed results. Pitchford’s cross court winner after a long rally gave England a 7-5 lead before they levelled the tie.

The English pair ran away with the third game which had the best rally of the match which Indians won after trading a series of booming forehands far away from the table.

The Indians were able to take the final to the decider after course correction in the fourth game.

However, Drinkhall and Pitchford took a huge six point lead from 4-4 to gain six gold medal points in the fifth game. They converted the very first one drawing a huge roar from the crowd. The Indian pair shook hand with its opponents who once again proved better on the day.