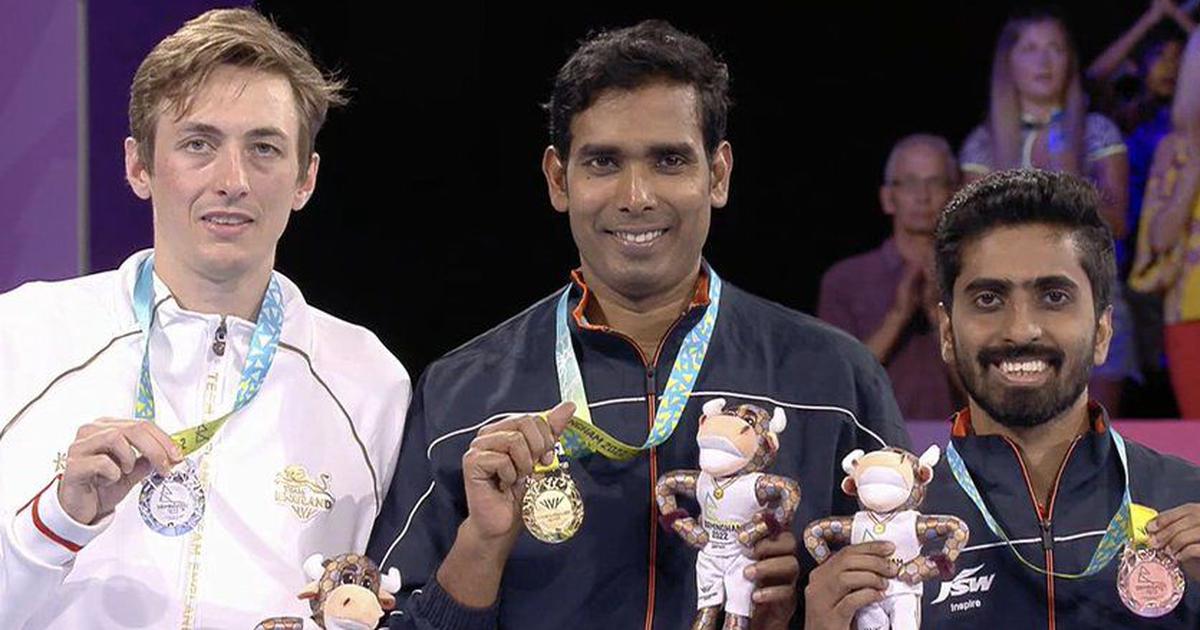 Birmingham: Sharath Kamal showed age is just a number as the 40-year-old capped his best ever performance at the Commonwealth Games by winning the men’s singles gold here on Monday.

Sharath, who had first won the singles gold back in 2006, had already claimed two golds here in the team and mixed doubles event alongside Sreeja Akula.

With this yellow metal, he increased his tally to a staggering 13 medals across five CWG appearances.

In the final, he was at his finest, firing winners from both sides.

Long rallies away from the table was the order of the day and Sharath won majority of them.

He was also brilliant in cutting the points short with perfectly placed backhand winners.

In what turned out to be the final game of the title clash, Sharath led 6-1 before Pitchford reduced the deficit to 5-6 by winning the best rally of the match.

Sharath absorbed the pressure to make it 10-6 after time out.

He thought he had converted his second match point but the umpires awarded the point to his opponent as the ball was close to Sharath’s body at the time of his retrieve.

He converted the next one to complete a memorable run in Birmningham.

G Sathiyan secured the bronze after a marathon battle against England’s Paul Drinkhall.

The bronze was Sathiyan’s sixth overall medal at the Commonwealth Games since Gold Coast 2018 and back-to-back medals in as many days.

On Sunday, Sathiyan paired up with the veteran Achanta Sharath Kamal to win the men’s doubles silver after going down to the English duo of Drinkhall and Liam Pitchford.