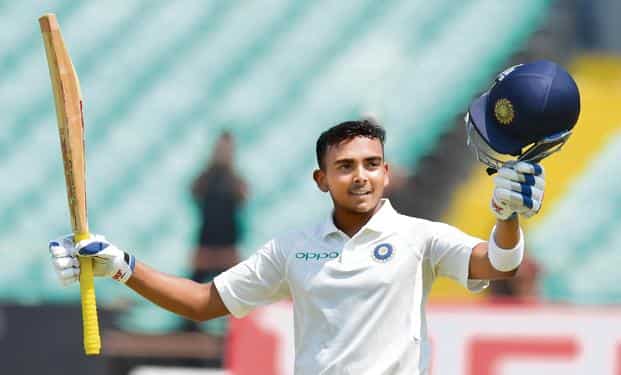 Jaipur: Prithvi Shaw on Thursday became the eighth Indian player to score a double century in 50-over cricket. Shaw reached his 200 in just 142 balls playing for Mumbai against Puducherry in the Vijay Hazare Trophy at the Sawai Mansingh Stadium. He smashed as many as 27 fours and four sixes on his way to the landmark.

Shaw’s Mumbai team mate and opening partner Yashasvi Jaiswal was the last Indian to score a double hundred in 50-over cricket. Jaiswal had scored 203 against Jharkhand during the 2019 Vijay Hazare Trophy in October 2019.

Shaw, who was dropped from the Indian team after scoring a duck and four runs during the first Test against Australia in December, has now scored two centuries in three innings in the Vijay Hazare Trophy. He previously scored an unbeaten 105 against Delhi in Mumbai’s first match of the tournament.