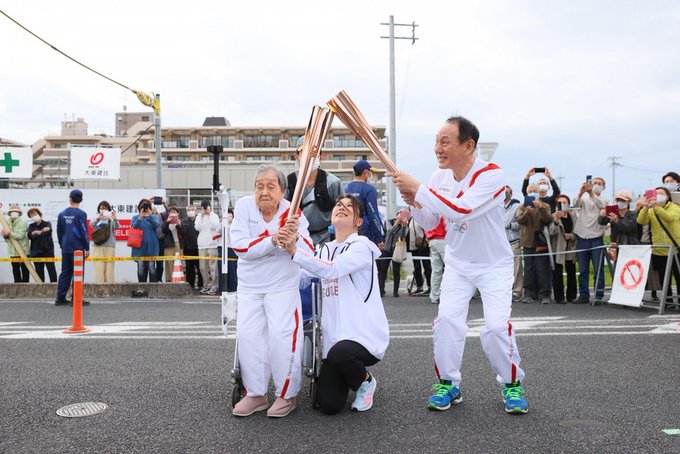 Tokyo: Shigeko Kagawa, a 109-year-old woman, has become the oldest Olympic torch bearer after she took part in the Tokyo Olympic torch relay in Nara Prefecture.

Kagawa, who was born in 1911, took the record from Aida Mendes of Brazil who walked with the Rio Olympic torch in Macapa, Brazil when she was 107 years old in June 2016.

Kagawa is the second centenarian to attend the Olympic torch relay since it started on March 25. Shitsui Hakoishi, a 104-year-old barber, carried the flame in the rain on March 28, 2021, in Nasukarasuyama, Tochigi Prefecture.

But the world record is expected to fall next month when Kane Tanaka, the world’s oldest living citizen, is set to carry the Olympic torch.

Tanaka, 117, is recognized by the Guinness Book of Records as the oldest person in the world and was already Japan’s senior citizen.

She is due to carry the flame when it passes through Shime in Fukuoka Prefecture on May 12.