Shikhar Dhawan is important for us, wanted to give him some rest: Chetan Sharma 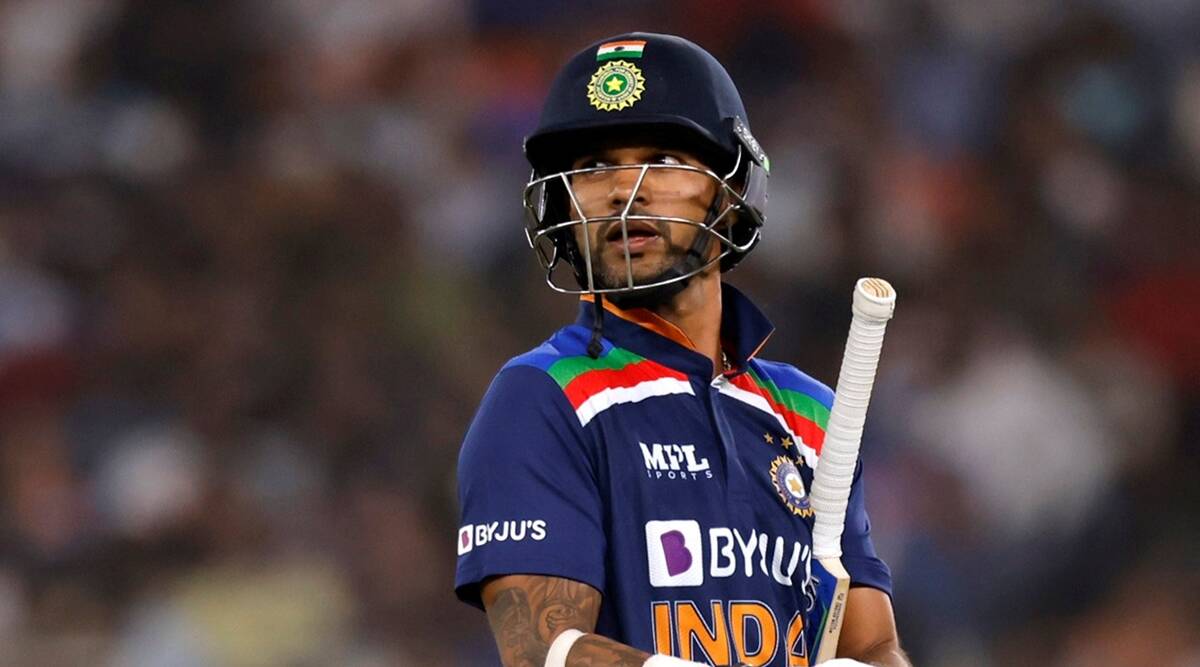 New Delhi: Shikhar Dhawan remains a “very” important part of India’s limited-overs set up but the need of the hour was to look at other players and give him some rest, said chief selector Chetan Sharma after the southpaw did not find a place in the T20 World Cup squad.

The stylish opener had captained India in the limited-overs series in Sri Lanka in July.

“Shikhar Dhawan is a very important player for us, he was the captain in Sri Lanka. What discussion happened I cannot disclose. He is important and he is there in the loop.

“But the need of the hour was that we look at other players and give Shikhar Dhawan some rest, otherwise he is an important player and he will be back very soon,” Chetan said in his first virtual press-meet on late Wednesday night.
Rohit Sharma, K L Rahul and Ishan Kishan are the three openers in the squad. However, there is a possibility that skipper Virat Kohli might open alongside Rohit.

“We have three openers — Rohit Sharma, KL Rahul and Ishan Kishan, who can bat as opener and can also fit into the middle order. So Kishan is giving us a lot of options, if needed he can open like he has done in ODIs (in Sri Lanka) when he got a fifty and he can also play in middle order because he is a good player of spin.

“It is upto the team management if they want Kohli to open the batting, but as of now we have picked three openers. Virat is an asset for the team. When he bats in the middle order, the team plays around him.

“He has a brilliant record in T20s batting in the middle order. But as I said, it all depends on what the situation is at that point of time,” said the former India pacer.

Rishabh Pant is the number one wicket-keeper batsman in the squad ahead of Kishan and Rahul.

“You are talking about three wicket-keepers but number one is Rishabh Pant, number two is Ishan Kishan and KL Rahul will only be used to keep wickets in case of an emergency otherwise he is a specialist opener in the team,” said Chetan.

According to Chetan, the shortest format is all about all-rounders and hence the panel led by him has packed the team with such players.

“We have Ravindra Jadeja, Hardik Pandya, Axar Patel, so that was the main point, if the wickets are turning, then you have Axar and Jadeja with you.

“Hardik Pandya is one of the leading all-rounders India have, so the main aim was to just pack the team with all-rounders,” the 55-year-old explained.

Chetan also made clear that all-rounder Hardik Pandya will bowl full quota of his overs.

He also listed the reasons why wrist spinner Yuzvendra Chahal wasn’t picked and young Rahul Chahar was preferred over him.

“We had a discussion over Yuzvendera Chahal and the selectors thought was we need a bowler, who can bowl fast, and as we have recently seen Rahul Chahar bowling, the speed that he bowls with, the selectors thought that we need such a player, who can on those wickets, can hold and more speed, and so, there was a lot of discussion about Chahal, but we zeroed on Rahul Chahar,” he said.

Asked whether the selectors thought of picking a left-arm seamer, Chetan quipped, “It is always in the mind of selectors that you need variation. But at the end of the day, we discussed, there is a concern of the wickets, so the selectors decided on three fast bowlers, with Hardik Pandya as the fourth bowler.

“Even though we thought, we might not have fixed a left-arm pacer. We talked about T Natarajan, but he hasn’t played cricket for long due to injury, so that is the reason, we stuck to the main guys, who are strike bowlers.”

Premier off-spinner Ravichandran Ashwin made a comeback to the national T20 side after four years and Chetan said performing in the IPL went in his favour.

“See, Ravichandran Ashwin has been regularly playing the IPL. We have seen how well he has performed and definitely when we go to the World Cup, we need an off-spinner, everyone has idea that in Dubai and UAE, the later half of IPL will be played, so wickets might be low and slow, which will aid the spinners…

“…so it is necessary to have an off-spinner in the team, and because Washington Sundar is injured and Ashwin is an asset to the team and the way he has performed in the IPL, he has got place in the team.”

Mystery spinner Varun Chakravarthy also made it to the 15.

“Varun has bowled really well at an economy rate of five in Sri Lanka. He is a mystery spinner and people find it difficult to read him. I would say he is the surprise package. This was the main reason to pick Varun as he is a mystery bowler.”

“Ashwin is the only off-spinner. Varun is basically leg-spinner, mystery bowler, we haven’t understood, what will the batsmen understand,” he said.

Shreyas Iyer has been kept as a stand-by player and Chetan said the main reason for it was that Mumbaikar, who has recovered from shoulder injury, has not played cricket recently.

Finally, the chief selector said that the standby players would come into picture only if any injury happens to any squad member.