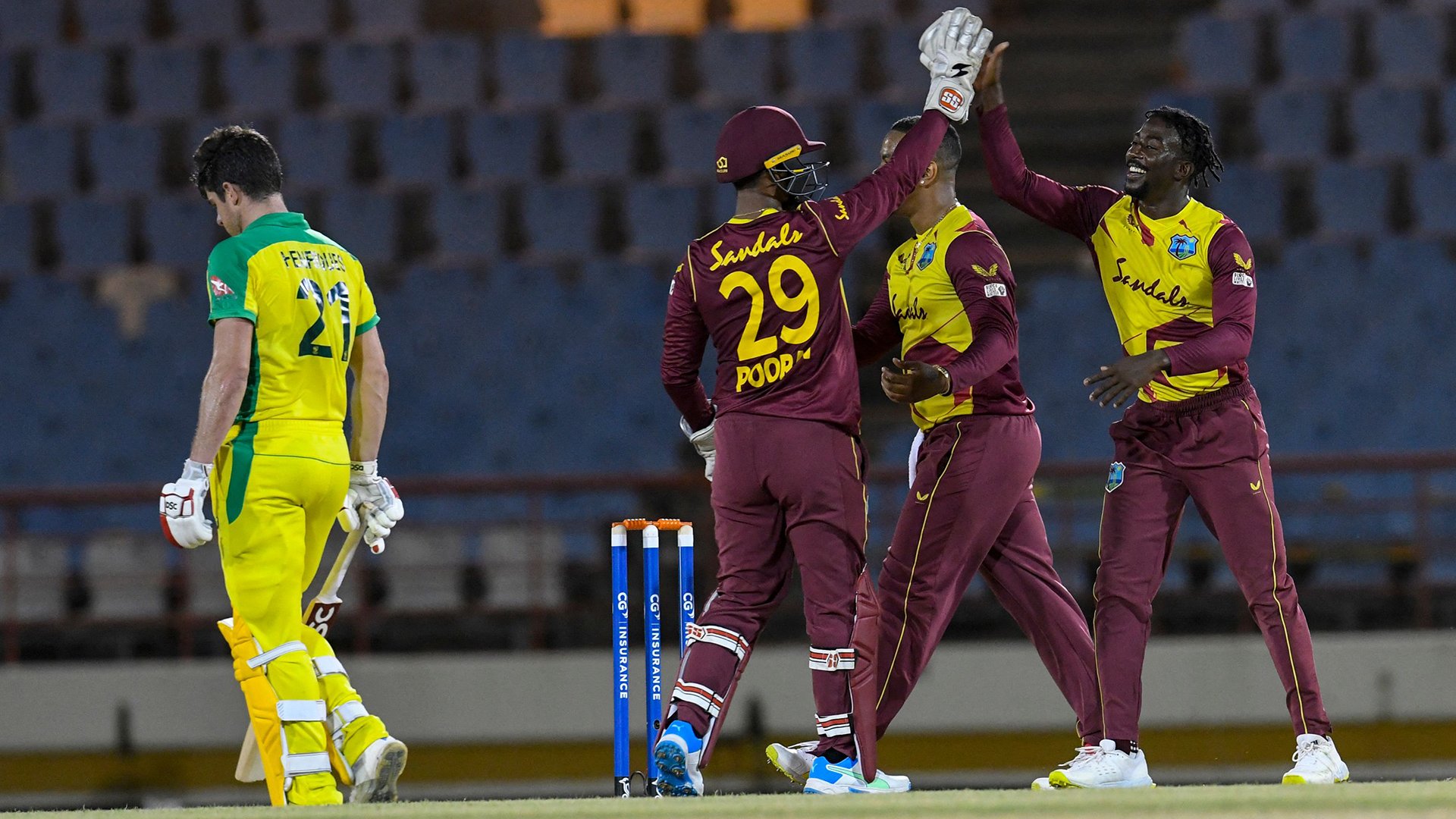 Gros-Islet: Shimron Hetmyer led a formidable West Indies batting effort on the way to a comfortable 56-run victory and a 2-0 lead over Australia in the second T20 International of their five-match series at the Daren Sammy Stadium in St Lucia on Saturday.

Hetmyer’s 61 off 36 balls with four sixes and two fours paced the home side to 196 for four after they were sent in to bat yet again by visiting captain Aaron Finch.

He received excellent support from veteran all-rounder Dwayne Bravo, who contributed an unbeaten 47 to a 103-run fourth-wicket partnership while Andre Russell crashed 24 not out off only eight deliveries to leave the Aussies with a much tougher task than in the first match a day earlier when they had limited their opponents to 145 for six.

Australia’s pursuit of that daunting target stuttered from the start with the loss of Matthew Wade to the second ball of their chase and despite a second consecutive half-century from Mitchell Marsh, they fell well short in being dismissed for 140.

Leg-spinner Hayden Walsh grabbed three wickets for the second night in a row with the tourists’ lower-order crumbling in a heap yet again to leave them in a must-win situation going into the third match on Monday at the same venue.

This is the sixth time in the last seven T20 matches when they have chased that Australia have lost, and in losing their last seven wickets for just 39 runs, they repeated the indiscretions and poor shot-selection which triggered their capitulation in the series-opener.

In stark contrast to their own batting struggles in the first match, the West Indies found their scoring rhythm early and consistently via the Hetmyer-Bravo partnership, the best for the fourth wicket for the West Indies against Australia in T20 Internationals.

“This is probably the best innings I’ve played in this format and I really have to give credit to Dwayne (Bravo) for his support and guidance through the innings,” said Hetmyer after receiving the “Man of the Match” award. “I was given the freedom to bat deep into the innings and everything worked out for us tonight.”

Nicholas Pooran, once again leading the West Indies with Kieron Pollard still sidelined by injury, revealed after the match that it was Bravo who suggested a promotion to number five in the batting order, the highest position he has featured in a T20 International since 2016, the year the Caribbean team lifted the World T20 crown for a second time with a dramatic victory over England in the final in Kolkata.

Finch acknowledged the challenge for his bowlers in attempting to contain the attacking left-right-hand combination in the latter half of the innings.

“That partnership between Hetmyer and Bravo was the difference in the game,” the Australian skipper admitted. “And when you lose both openers early in the chase, it puts a lot of pressure on what is really an inexperienced middle-order, at least in this format of the game.”

Australia are playing this series without household names like David Warner, Steve Smith and Glenn Maxwell who would normally be vital elements to their batting line-up.

In contrast, a full-strength West Indies team appears to be regaining something like their best form after going down 3-2 to South Africa the previous fortnight in Grenada.