Shiv Kapur among three in joint lead at Panasonic Open 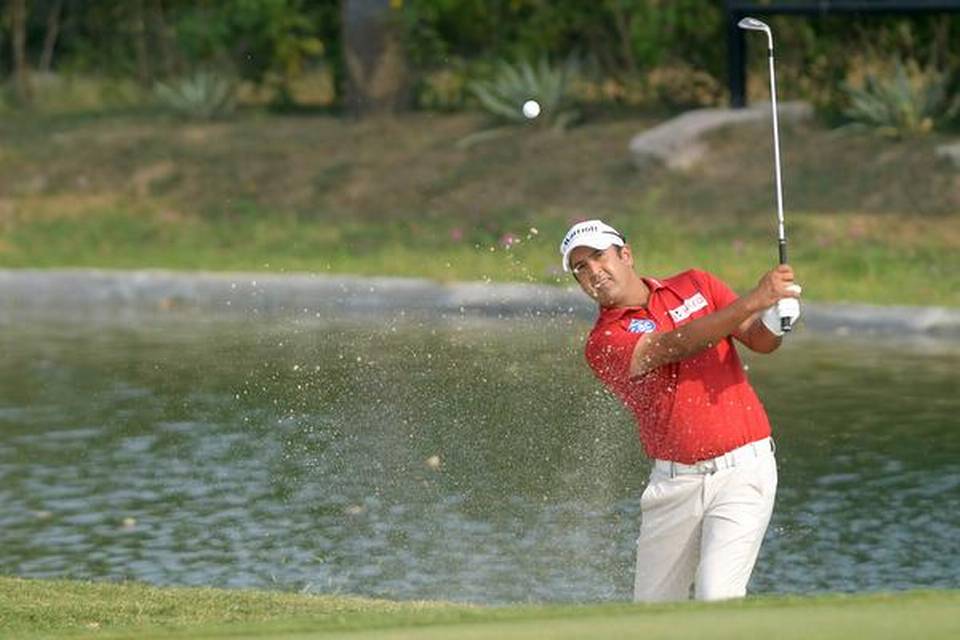 Gurugram: Golfer Shiv Kapur carded a second straight five-under 67 to grab a share of the three-way lead at the Panasonic Open which saw four Indians feature in the top 10.

Though play began on the at 7 am for the first time this week, the tournament has been reduced to 54 holes due to severe smog earlier this week. The third and final round will be played from two tees.

The cut fell at one-under with 67 players making it, of them as many as 30 were Indians.

Kapur found a second wind in his career in 2017 when he had three wins, two of them on Asian Tour including the Panasonic Open India at his home club, the Delhi Golf Club. He had a third win, the Royal Cup, but it was then not on the Asian Tour schedule.

Siddikur Rahman of Bangladesh, who has finished runner-up in this event thrice, was bogey free in his 67 and reached eight-under and was two behind the leading trio. Also at eight-under was Taipei’s Hung Chien-yao (69)

“I played really well today. Conditions were tough, it was really, really greasy. The conditions were very different to how they were on Thursday. I had really good control over the ball, hit it beautifully all day. It was always going to be tough to make a lot of birdies but I seemed to come out of firing,” Kapur said.

The 37-year-old birdied on third, fourth, sixth and seventh. He again had a birdie on ninth after a bogey on eighth. On the back nine he birdied 13th and parred all others.

Blyth has been playing on the Asian Development Tour this year and till last year was dividing his time between Asian, ADT and Australasian Tours. He won twice in Australia in 2016.

Blyth had a great front nine with four birdies and he got hot on the back nine with five-under 31.

“I’ve been playing well of late and it was fantastic to see the putts going in today. In the middle of my back-nine, I got hot and went on a birdie run and it was nice to finish off with another birdie on the last,” said Blyth.

Meanwhile, Pilkadaris also hit four birdies. The big positive for the Australian was that he did not drop any bogeys.

“It was very windy out there today with lots of cross winds which made scoring difficult. But I played nicely, bogey-free, so no complaints.”