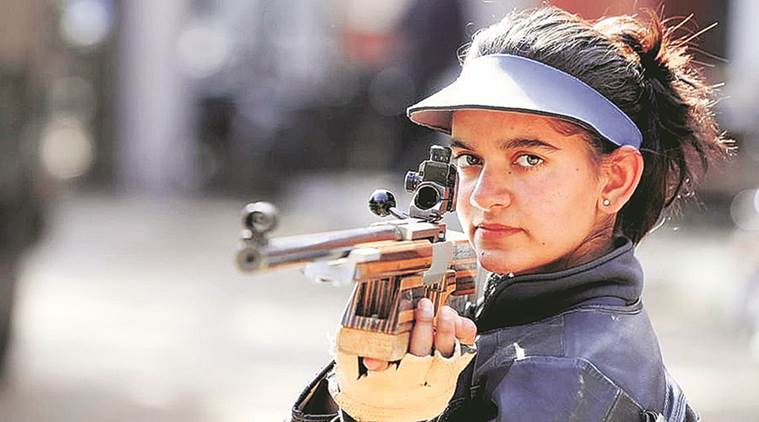 New Delhi: The National Rifle Association of India (NRAI) has nominated ace shooter Anjum Moudgil for the Khel Ratna — the country’s highest sporting honour — while recommending Jaspal Rana for the Dronacharya Award for the second year in a row.

Moudgil, the 26-year-old rifle ace who started shooting in 2008, is among the first two Indians to have secured quota places for the Tokyo Olympics.

The NRAI on Thursday said it will be sending the Sports Ministry the names of champion pistol shooters Saurabh Chaudhary, Abhishek Verma, Manu Bhaker and promising rifle shooter Elavenil Valarivan for the prestigious Arjuna Award.

Bhaker and Valarivan’s names were added to the list on Thursday, according to federation sources.

NRAI President Raninder Singh said in a statement, “Our shooters had an outstanding last season and it was a particularly difficult selection to make this time around.

“I wish all those recommended all the very best and hope those who could not make it this year, force us to do so next time around with their performances.

“I believe all are equally talented and will certainly reap rich awards if they carry on the way they have.”

Bhaker and Valarivan’s names were added to the list on Thursday.

“Anjum Moudgil has been nominated for Khel Ratna while the NRAI has again send Jaspal’s name for Dronacharya. They have always believed that he deserves it and are hoping he gets it this time,” a federation source had told PTI earlier in the day.

“Saurabh Chaudhary, Abhishek Verma, Manu Bhaker and Elavenil have been recommended for Arjuna.”

Moudgil, the shooter from Chandigarh earned the quota in the 10m Air Rifle event when she won the silver medal in the ISSF World Cup in Korea in 2008.

She also reached the final in the 10m Air Rifle event in the ISSF World Cup in Munich and Rio de Janeiro.

Last December, Moudgil won the title in the women’s 50m 3P event at the 63rd National Shooting Championship in Bhopal.

The Rajiv Gandhi Khel Ratna award carries a medallion, a certificate and a cash prize of Rs 7.5 lakh.

Rana’s exclusion last year snowballed into a big controversy after India’s only individual Olympic gold-medallist Abhinav Bindra criticised the selection panel for not finalising the seasoned coach for the Dronacharya Award.

The 43-year-old Rana, a multiple Asian Games gold-medallist marksman, is credited to have groomed the likes of teen sensations Bhaker, Saurabh and Anish Bhanwala into world-class shooters.

Ignored last time despite being the man behind the young shooters’ smashing success in recent years, Rana is hoping that the selection is “fair” and the most deserving candidate is recognised.

Dronacharya awards are given to honour eminent coaches who have successfully trained sportspersons or teams and enabled them to achieve outstanding results in international competitions.

The award carries a cash prize of Rs 5 lakh.

Two months before that, unfazed by a field comprising some seasoned campaigners, teenager Chaudhary smashed the world record to win gold in the season’s first World Cup and the country’s third quota.

In the beginning of this year, Youth Olympics and Asian Games champion Chaudhary stamped his class again to win the 10m air pistol gold at the Bhopal Nationals, where Verma bagged bronze.

Through last year, he also developed a great rivalry with Chaudhary as the 16-year-old grabbed the gold medals at the other two World Cups in New Delhi and Munich.

The 18-year-old Bhaker, a Youth Olympics and Commonwealth Games champion, has won a plethora of medals, including gold, in top international events in the last three years.

Remarkably enough, the teenager from Haryana shone bright in her maiden senior appearance at the ISSF World Cup, winning an individual as well a mixed gold medal in Mexico in 2018.

Like some of her compatriots, the supremely-gifted Bhaker is considered destined for bigger things and is preparing hard for the Olympics.

No less inspiring has been the rise of Valarivan, who shot her way to the women’s 10m air rifle gold medal in the prestigious World Cup Final in China last year, her biggest triumph in what has been a terrific career so far.

The shooter is mentored by Olympic bronze medallist Gagan Narang.

Besides, the 20-year-old from Tamil Nadu finished on top of the podium at the Rio de Janeiro World Cup last year and claimed a silver at the 2018 World Championship in Changwon, South Korea.