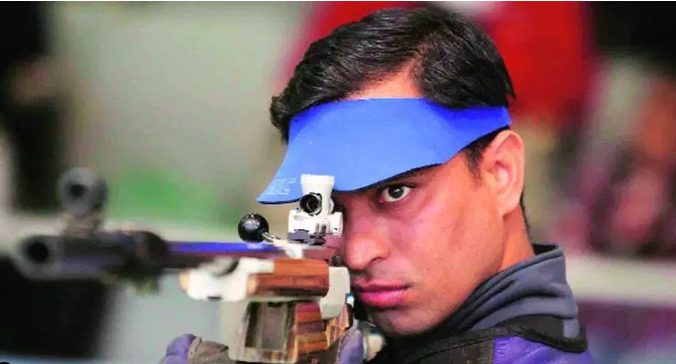 New Delhi: Sanjeev Rajput missed out on making the finals by a point as Indian shooters fell short of the final rounds on competition day one of the International Shooting Sport Federation (ISSF) World Cup Final Rifle/Pistol, which began in Putian, China, on Tuesday.

Sanjeev, aiming for this third Olympics come Tokyo 2020, shot 1153 to claim ninth spot in a low-scoring qualification round. Polish shooter Tomasz Bartnik took the eighth and final qualification spot with an effort of 1154.

Sanjeev would have made it through even if he had tied with Tomasz, given he had two more inner 10s than the Pole.

Akhil Sheoran, the second Indian to have made the cut in this prestigious ISSF season-ending showpiece, finished further back on 13thon a score of 1147.

In the Women’s 3P, India’s Anjum Moudgil also finished outside the top eight final qualifying spots, shooting a score of 1147 to finish in 13thposition overall.

Day two Wednesday also has two finals on the schedule, the Women’s 25m Pistol and the Men’s Rapid Fire Pistol. Rahi Sarnobat and Manu Bhaker will carry Indian hopes in the women’s event while Anish Bhanwala has made the cut in the Men’s event.