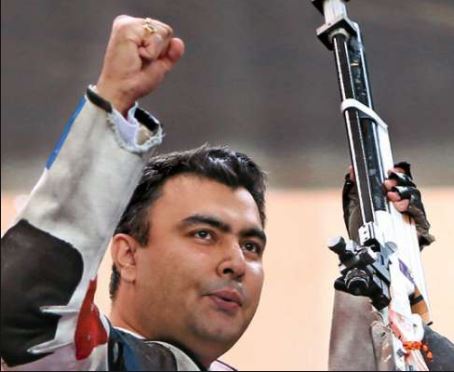 New Delhi: Olympic bronze-medallist shooter Gagan Narang has revealed that the ISSF World Cup in 2008 was a redemption tournament for him.

Narang had qualified for the 2008 ISSF World Cup Final after he won a gold in the World Cup in China earlier in 2008. Gagan shot a perfect 600 in the qualification round. He scored 103.5 in the final round making total score of 703.5 to gain the universe record.

“The shooting World Cup in 2008 was like the redemption tournament for me as I had come out of a lot of adversity. My mom was hospitalised and I had to take care of my home and family both. It was a very very challenging situation for me and I am glad that with the support system, I could overcome this hurdle and shoot a world record,” said Narang recently while speaking on ‘The A-Game’ show presented by Olympic silver medallist PV Sindhu.

Narang also spoke at length about how an athlete can learn more from failure than successful moments.

“Sport teaches you to handle success and failure with equal amounts of grace. When you are winning you don’t need anyone because you are doing absolutely that you need to do, which is winning,” said the ace shooter.

“But it’s when you lose, you actually go back to the drawing board and write everything down. Reiterate, refigure what has to happen and what can you learn from them and do better. I have personally learned a lot more from my failures than success because when you fail you can actually go back, think and transform yourself for the better,” he added.