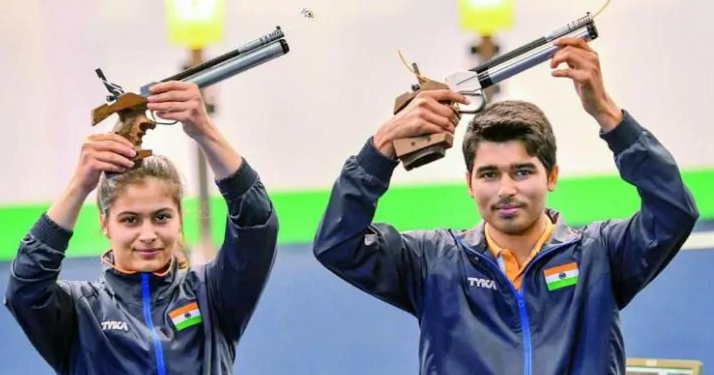 Manu Bhaker and Saurabh Chaudhary defended their mixed team 10m air pistol title in the ISSF World Cup with a 16-12 win over Iran’s Golnoush Sebghatollahi and Javad Foroughi in the final.

Yashaswini Deswal and Abhishek Verma, meanwhile, bagged the bronze medal with a 17-13 victory over Sevval Illayda Tarhan and Ismail Keles of Turkey.

The Iranians kept a lead over Manu and Chaudhary for much of the early part of the final, even leading 10-6 at one point before the Indians fought back to make the score 10-10.

Manu and Chaudhary then pulled away to win their second consecutive gold at the event. The duo have thus handed India their fifth gold medal in the World Cup.

The Indian pair also topped the final round of qualification earlier with a total score of 421.3. Denes and Peni were also second in qualification after shooting 419.2.