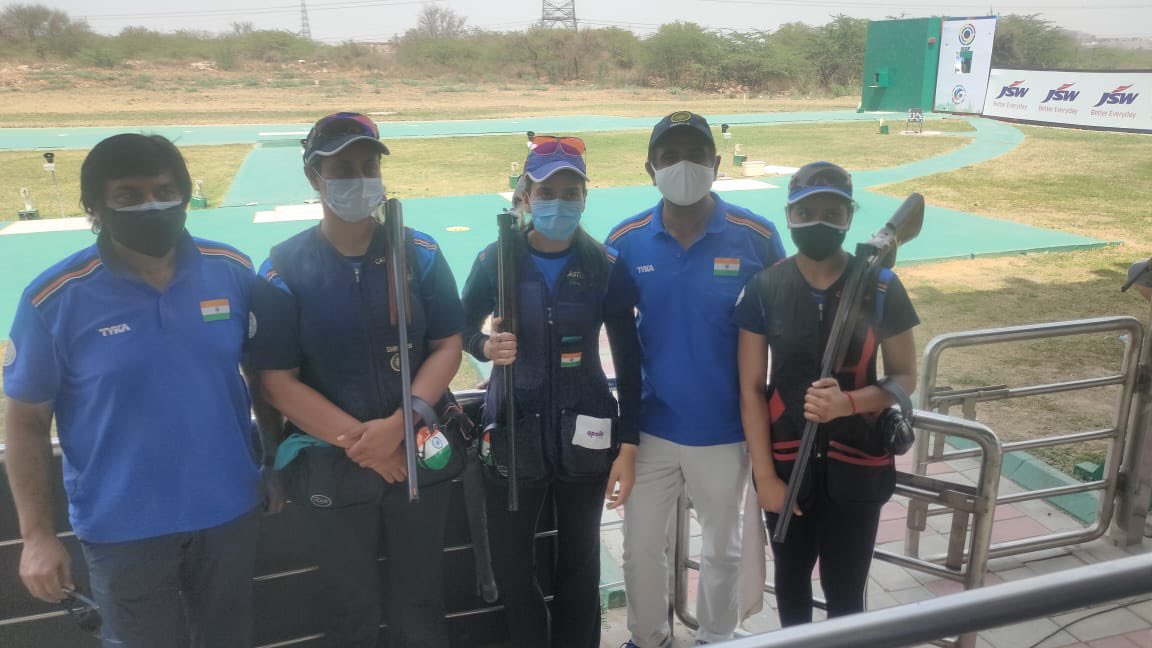 The visitors led 2-0 at the start before the Indians came back to level the scores. The Kazakhstan team again went ahead only for the home shooters to rally one more time and make it 4-4.

In the deciding round, India shot better to emerge 6-4 winners.

Together, the Indian team Prithviraj, Lakshay and Kynan aggregated 494 in the qualification held here on Thursday.

The Slovakians Michal Slamka, Filip Marinov and Adrian Drobny shot a total of 498 in their qualifying outings at the Dr Karni Singh Shooting Range.

The Kazakhs shot 489 in the qualification while Qatar managed to 466 to set up a bronze medal match ahead of fifth-placed UAE (327).

Kynan, who finished fourth in the individual men’s trap to miss out on a podium on Friday, had something to cheer about as he ended the campaign on a positive note.

In the gold medal match, the team fielded by the host nation did not break a sweat as it romped to a crushing win over Kazakhstan’s Sarsenkul Rysbekova, Aizhan Dosmagambetova and Mariya Dmitriyenko, taking the number of gold won by India to 14 in the tournament.

The Indian shooters, especially the experienced Shreyasi and Manisha, missed very few shots in the final and proved to be too good for their opponents.

The USA’s Keith Sanderson, Jack Hobson Leverett III, and Henry Turner Leverett won the gold medal with a 10-2 victory over the home team on the last competition day of the tournament.

In Qualification 2, the Indian trio of Gurpreet, Vijayveer and Adarsh was second with a total score of 552, with the three shooting 184, 178, and 190 respectively.

The American team of Keith, Jack and Henry topped this stage with an aggregate of 571.

While the visiting team shot a total of 868 in the qualification, the Indians managed 857 at the Dr Karni Singh Shooting Range.