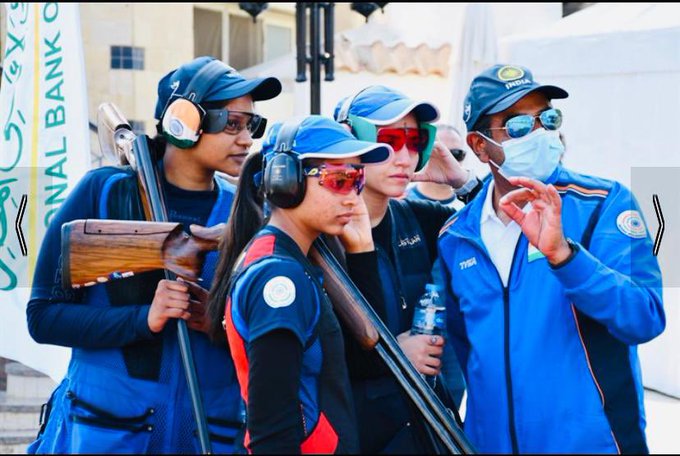 But both then shot rounds of 21 each to eventually finish sixth and outside the medal matches.

Russia and host Egypt made it to the gold medal match with qualifying round tallies of 139 and 138 out of 150 respectively while teams from Slovakia and Spain with scores of 137 and 136 each, made the bronze medal match. The Indian pair finished with 135.

Manisha Keer and Kynan Chenai representing the second Indian team in the competition, shot a total of 133 to finish in ninth place out of 14 teams.

India have so far picked up one medal, a bronze, in the men’s skeet team competition. Russia has dominated the World Cup stage with three gold and a total of six medals so far.