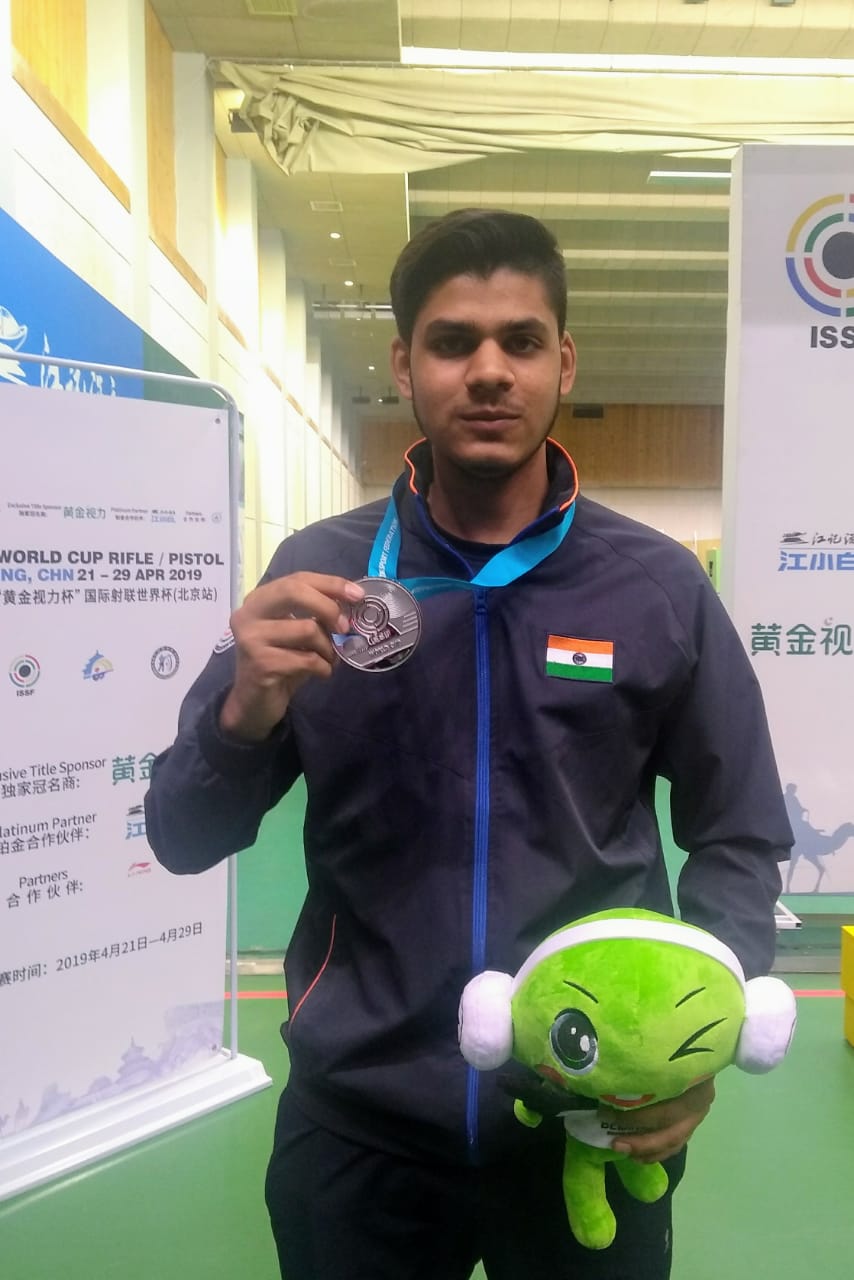 Divyansh got a score of 228.1 in the final. Lucas Kozeniesky of USA won gold with 249.8 while Hungary’s Istvan Peni finished second with 249.1.

India’s other competitor in the final, Arjun Babuta finished fifth with a score of 185.5 in the eight-man final.

In the 60-shot qualification round on Friday, teenager Panwar, who has won an Olympics quota place, shot 629.1 points to finish sixth. The 22-year-old Babuta scored 631.8 points to earn a third spot.

Jakarta Asian Games medallist Deepak Kumar, the third shooter in fray, was off target on Friday as he finished in 12th place and failed to qualify for Saturday’s final.

Anjum Moudgil, the lone Indian woman to progress to the 10m air rifle event on the opening day, will be competing later in the day.

She finished second in the qualification with a score of 629.6 behind Hungary’s Eszter Denes who scored 629.8.