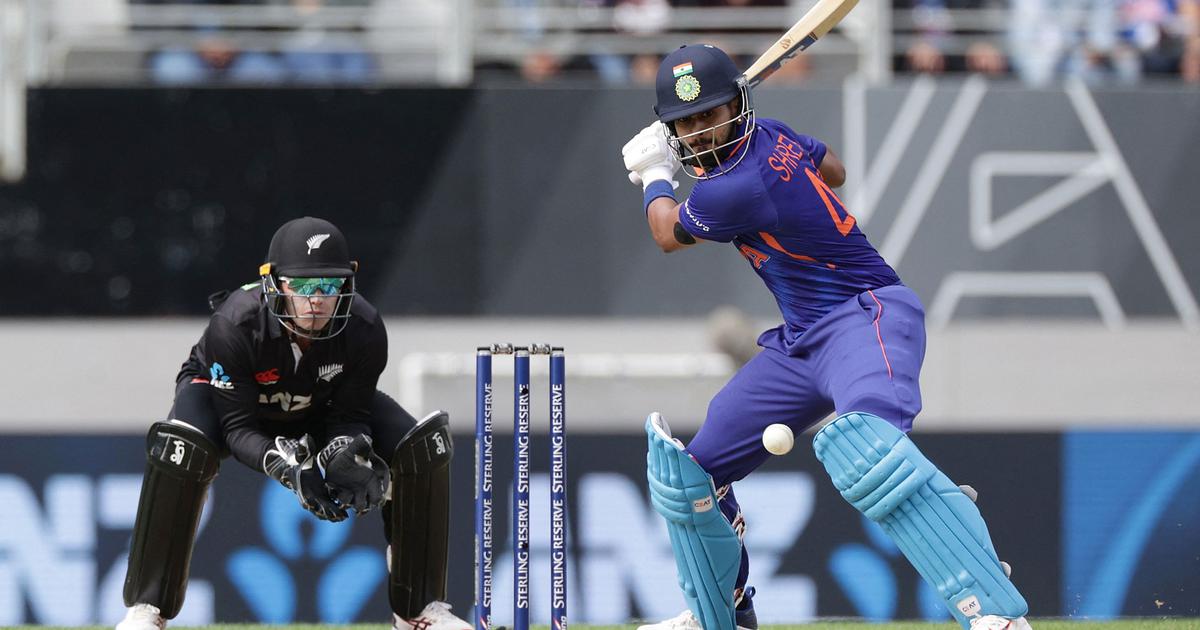 Shreyas Iyer defended India’s batting approach in their loss in the first ODI against New Zealand stating the approach to playing ODIs and T20s are different.

Put to bat at the batter-friendly Eden Park in Auckland, India began slowly with captain Shikhar Dhawan and Shubman Gill scoring at less than five runs per over for the first 20 overs of the match.

Though Shreyas Iyer’s 76-ball 80 and a late cameo by Washington Sundar helped India post 306/7, New Zealand managed to chase down the target with 17 balls to spare thanks to Tom Latham’s 104-ball 145 and a patient 94 from Kane Williamson.

“The situation we were in and from there to reach 307 is a commendable total,” Iyer said in the post-match press conference. “Definitely, some things didn’t go our way today but its a learning curve, we can introspect, comeback with new ideas in the next game.”

Iyer added the changing conditions over a period of 50 overs prevents teams from playing in T20 mode.

“50 overs is such a long game that it can change from time to time,” he said. “Something different could happen after 10 overs because after sunset, the dew sets in so you do not know exactly how the wicket will play out. The mindset is to always score runs, and bowlers also strategise and come. You can’t play in the same flow like you do in T20.”

Iyer praised Latham for his whirlwind knock noting that his partnership with Williamson took the match away from India.

“Both of them (Latham and Williamson) played fantastic knocks,” the Mumbaikar said. “They knew which bowlers to target at a specific time. I believe their partnership completely changed the scenario of the game and that was a crucial phase for us to get wickets.”

“If we would have got one wicket we would have been under their skin and the situation could have been completely different. But kudos to them that they found the strength to convert those loose balls into boundaries and sixes. They were fearless in their approach and I feel that’s what helped them.

“The way Latham took over that over (40th), I think that completely shifted the momentum towards them. He wanted to come in and he wanted to build that partnership. Since they have been playing together for so many years, they know their strengths and weaknesses pretty closely.”

India are in New Zealand without captain Rohit Sharma, KL Rahul and Virat Kohli. With the ODI World Cup scheduled for 2023, there is a lot of competition for places in India’s middle order, something Iyer is mindful of.

“Approach is always optimistic,” he said. “I don’t like to think much about the future, whatever is in my hands I do and try to live in the present. Players will come and go but consistency is what is going to matter. Ups and downs are in everyone’s career, there is nothing called stable. When people are talking outside, I just like to be in my zone and that’s what helps me.”

The second ODI will take place on Sunday at Hamilton’s Seddon Park.