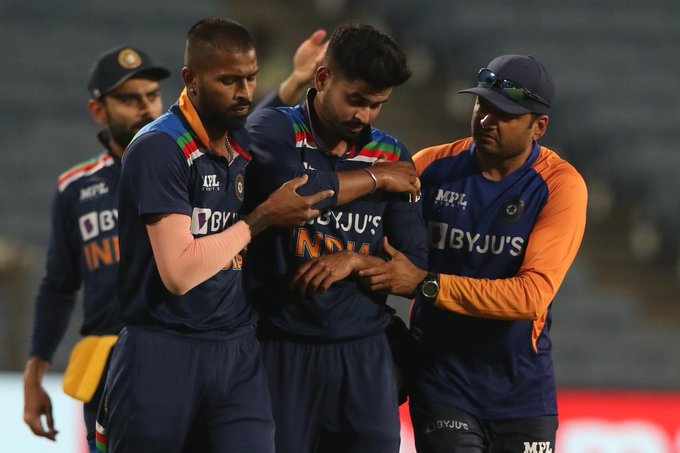 New Delhi: Shreyas Iyer is unlikely to recover in time for the upcoming white-ball series in Sri Lanka. He underwent a left shoulder surgery after injuring it during the ODI series against England at home.

He was forced to miss the IPL 2021, which was stopped midway due to the Covid-19 surge in India.

In the absence of Virat Kohli and Rohit Sharma due to their involvement in the WTC final and England Test series, Iyer was touted as the prime contender for the India captaincy role against Sri Lanka.

But as per reports, Iyer would be unavailable for selection as he will not recover by then.

“It is still not clear if Shreyas will recover fully and will be match-fit in time for tour of Sri Lanka. Normally, a surgery of this scale along with rest, extensive rehab and training to get back in shape takes around four months,” a senior BCCI source privy to selection matters told PTI on conditions of anonymity.

In Iyer’s absence, Shikhar Dhawan is tipped to lead during the Sri Lanka tour.

Reports also suggest that U-19 coach Rahul Dravid could accompany the team.

I don’t care about what critics say: Misbah-ul-Haq