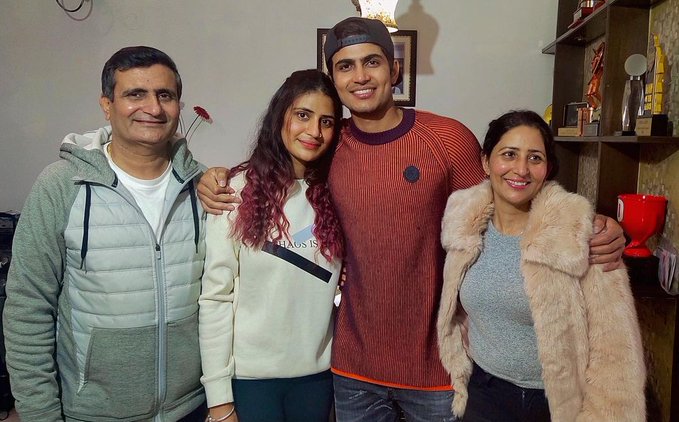 New Delhi: Rising Indian batting star Shubman Gill on Saturday put out a picture with his family after reaching home.

“Home sweet home (emoticon: heart),” tweeted the opening batsman, along with the photo with his mother, father, and sister.

He, however, did not mention the city name in his tweet.

Gill, with his defiant 91, had set a platform for India’s surprise win over Australia in the fourth and final Test in Brisbane that gave the Ajinkya Rahane-led team a 2-1 win in the four-match series for the Border-Gavaskar Trophy.

Like most of the team members, Gill had been away from his home since August, first playing the Indian Premier League in the United Arab Emirates and then heading straight from there to Australia with the Indian team.

The right-handed batsman, who scored 259 runs in three Tests at an average of 51.8, was praised by Australian pace bowler and man of the series Pat Cummins who is also his teammate at the Kolkata Knight Riders IPL franchise.

“Shubi looked good. You know he is quite a calm character, doesn’t seem too much fazed, looked quite settled in the first Test (debut at MCG). Looked similar to the way he plays, wants to take the game on when the bowlers provide opportunities. Some days they come off, some days they don’t,” Cummins had said during the second Test.

Gill made his Test debut in the second Test in Melbourne. He scored 45 and 35 there, and then scored 50 and 31 in Sydney, and followed it up with seven and match-winning 91 in Brisbane.