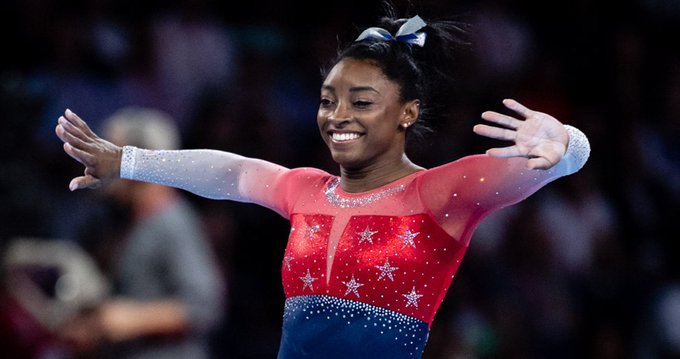 Tokyo: Simone Biles, the defending champion in all-around event of women’s artistic gymnastics, has withdrawn from the Tokyo Olympic Games competition to be held on Thursday “to focus on her mental health”.

“After further medical evaluation, Simone Biles has withdrawn from the final individual all-around competition at the Tokyo Olympic Games, in order to focus on her mental health,” read a statement from USA Gymnastics posted on Twitter on Wednesday.

The 24-year-old Simone, a six-time Olympics medallist, had withdrawn from the finals of the team all-round event on Tuesday due to mental health concerns.

USA Gymnastics is yet to give clarity on her participation in the individual finals next week. “Simone will continue to be evaluated daily to determine whether or not to participate in next week’s individual event finals. Jade Carey, who had the ninth highest score in qualifications, will participate in her place in the all-around.

“We wholeheartedly support Simone’s decision and applaud her bravery in prioritizing her well-being. Her courage shows, yet again, why she is a role model for so many,” the statement concluded.

Earlier in the day, USA Gymnastics had confirmed that Simone had gone for practice.

Biles pulled out from the women’s team final after missing an attempt on a two-and-a-half twisting vault. She performed just one-and-a-half twists, landed in a deep squat and scored just 13.733.

“I think they get a gold medal in fighting. They never gave up,” Biles told Olympics.com. “And look at them, they did exactly what I said they would do, they were going to go out there and do what they were supposed to. Now, they’re Olympic silver medallists.”

Biles had said that her main concern in withdrawing from the team event was costing her teammates a medal.

“I was like, ‘I think the girls need to do the rest of the competition without me,’ and they were like, ‘I promise you, you’re fine. We watched you warm up.’ And I said, ‘no, I know I’m going to be fine, but I can’t risk a medal for the team, so I need to call it.'”

Biles explained in a post-event press conference. “And you usually don’t hear me say things like that because I’ll usually persevere and push through things, but not to cost the team a medal.”

Biles has qualified for all four apparatus finals. The vault and uneven bars finals are scheduled for August 1. The floor exercise final will take place on August 2.

The balance beam final, serving as the last event for women’s artistic gymnastics in the Tokyo Olympics, is set for August 3.