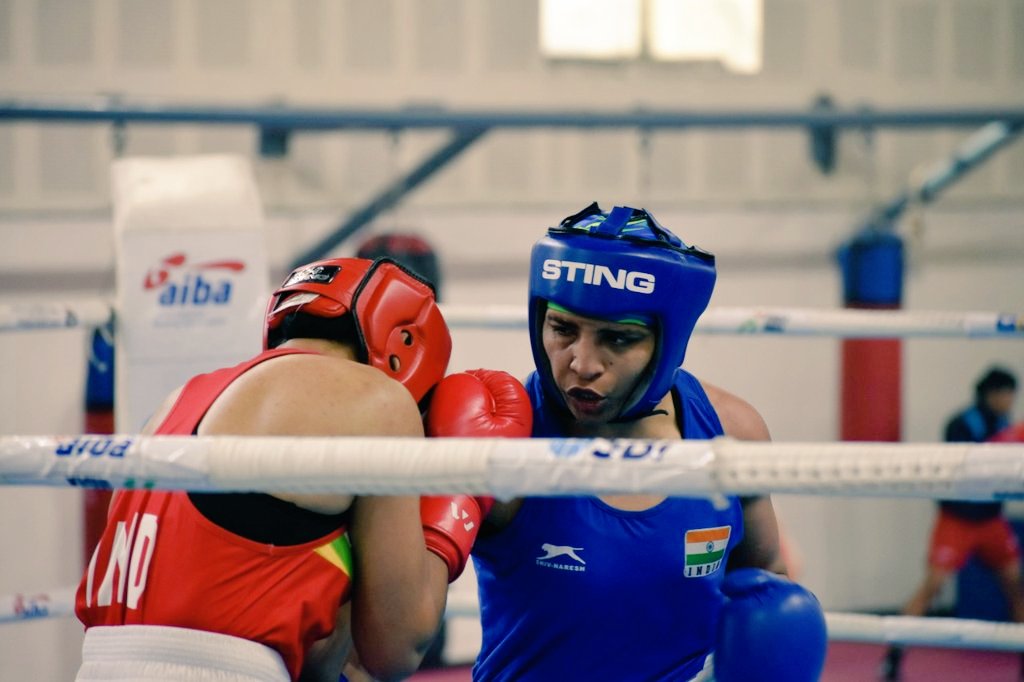 New Delhi: World bronze-medallist Simranjit Kaur (60kg) advanced to the final but the seasoned M C Mary Kom (51kg) had to be content with a bronze medal after going down in a gruelling semifinal bout of the 35th Boxam International Boxing Tournament in Castellon, Spain on Friday.

Joining Simranjit in the last-four stage was debutan Jasmine (57kg) after she defeated Italian Sirine Charaabi. Simranjit got the better of Puerto Rico’s Kiria Tapia. Both the bouts were decided in split verdicts.

Both Simranjit and Jasmine were up against aggressive opponents but relied on solid counter-attacks to emerge triumphant.

However, six-time world champion M C Mary Kom (51kg) lost to American Virginia Fuchs in a split decision after an exhausting contest that was also messy in equal measure.

The opening three minutes had both the boxers playing the waiting game but the Indian became the aggressor in the second round.

The third round was the most intense with both boxers trading several blows but the judges ruled in favour of the American even though her punches, for most part of the bout, did not seem to connect impact-fully.

Satish, the first super heavyweight from the country to qualify for the Olympics, defeated Denmark’s Givskov Nielsen 5-0 in his last-eight bout late on Thursday.

Boxers from 17 countries, including Russia, USA, Italy, and Kazakhstan are participating in the event.