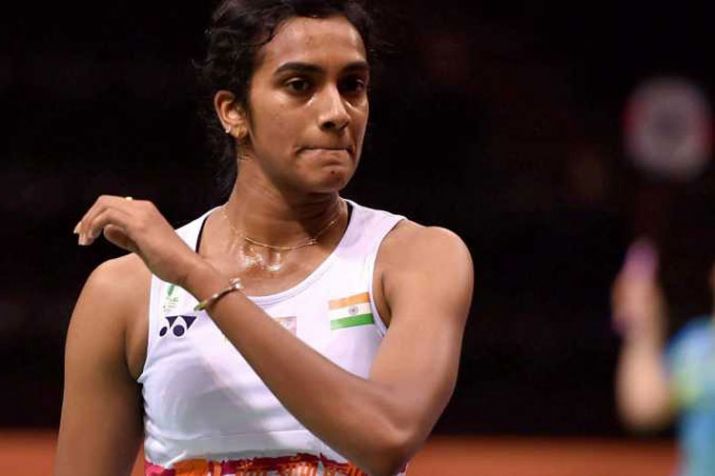 It was her fourth defeat to the 29-year-old Japanese in eight meetings.

Sindhu, the reigning world champion, had lost in the quarterfinals at the Denmark Open last week in Odense.

The world number 7 Indian started the match on a positive note as there was little to separate the two. The duo played short rallies, trying to outwit each other with their attacking shots.

After going neck-and-neck from 5-5 to 9-9 in the opening game, Takahashi unleashed a powerful smash which hit Sindhu’s cheeks, to lead 10-9, but the Indian recovered to level the scores with a cross court smash.

The Japanese had a slender one-point advantage at the break.

After the interval, Sindhu quickly erased a two-point deficit with a diagonal return before grabbing a one-point lead after winning a 27-shot rally.

Takahashi exploited Sindhu’s weak backhand to regain the lead. She added another point with a lucky net chord but the Indian unleashed three back-to-back smashes to make it 17-16.

A misjudgement at the forecourt and two net errors by Takahashi gave Sindhu four game points. The Indian wasted two of them before slamming down a winner to pocket the first game.

After the change of ends, Sindhu continued her momentum, leading 5-2 early on. However, Takahashi again clawed her way back at 6-6, with Sindhu going wide.

The Indian showed great defence as she sent one ballooning over Takahashi at the backline and then unleashed a stiff smash to lead 9-6, and had her nose ahead at the interval.

However, the left-handed Japanese was back in the lead at 13-12 after the break, with Sindhu committing a series of errors.

At 13-15, Sindhu slammed another smash but she was let down by her backhand again as suddenly, Takahashi jumped to a 18-14 lead.

Sindhu attacked her rival’s forehand but she produced a beautiful block return to grab four game points and sealed it when the Indian went wide.

The decider started with the same intensity as the duo led 6-6, but Takahashi started to dominate the proceedings and soon eked out a 11-6 advantage at the break, with Sindhu going to the net and the Japanese producing a down-the-line smash.

Despite a pep talk by coach Park Tae-Sang at the interval, things didn’t improve for Sindhu as Takahashi rode on her attack to gather points easily, leading 14-9.

The Japanese set up the points well and closed them out with attacking returns on both flanks. With Sindhu unable to rein in her errors, Takahashi grabbed a massive nine-point match points.

The Indian saved one before the Japanese sent one down the line to shut the doors on her fancied rival.

This is Sindhu’s second tournament since returning to action following a break after her campaign at the Tokyo Olympics, where she secured a bronze medal, five years after winning a silver at the Rio Games.