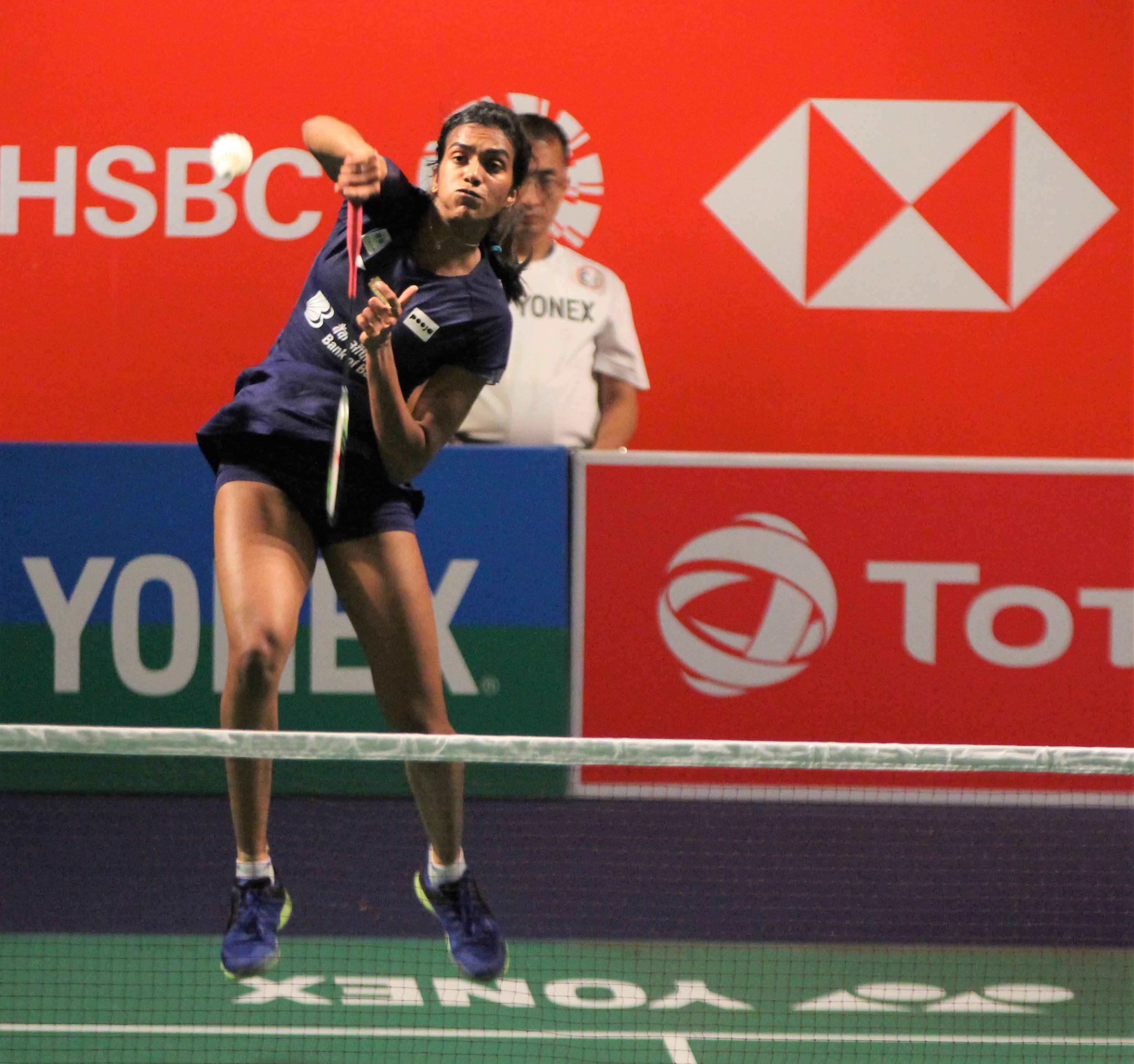 Basel (Switzerland): Chinese Taipei’s Tai Tzu-Ying and India’s PV Sindhu will square off in much-anticipated women’s singles quarterfinal contest at the BWF World Championships on Friday after recording straight-game victories in their respective matches in Basel.

Second-seeded Tai was in trouble in both games but managed to edge past South Korean Kim Ga-Eun 24-22, 24-22 at St. Jakobshalle in Basel, while fifth-seeded Sindhu cruised to a surprisingly lopsided 21-14, 21-6 victory over ninth-seeded American Beiwen Zhang on Thursday.

Although neither player has dropped a game through the first two rounds, Tai came perilously close to a one-game deficit in her third-round match against Ki, Efe news reported.

While Tai had to dig deep to win both the games, Sindhu used her length, reach and steep smashing to dominate Zhang from start to finish.

After a comfortable first-game win, Sindhu built a massive 19-5 lead before clinching the victory three points later when the American sent a smash several feet wide of the sideline.

Sindhu moved a step closer to her first title at a World Championships or Olympics with the win, while Tai also is in reach of her first major tournament crown.

Those players are arguably the best current women’s singles players never to have won badminton’s two biggest titles, although there are differences in their track records.

While Sindhu lost in the final of the 2016 Rio Olympics and was runner-up at the 2017 and 2018 World Championships, Tai has never reached the semifinals of those two events.

Conversely, the Chinese Taipei player clearly has been the more consistent player overall in the past three years and owns a 10-4 edge in her head-to-head battles against Sindhu.

Sindhu defeated Tai in the round of 16 of the 2016 Olympics in straight games, while the Chinese Taipei player turned the tables by defeating her Indian opponent in the Asian Games final last year.

In other action on Thursday, Japanese men”s singles world No. 1 Kento Momota survived a tough first-game battle against India”s H.S. Prannoy before rolling to a 21-19, 21-12 victory.

Momota will next take on Malaysia’s Lee Zii Jia in Friday”s quarterfinal.

Most of the sport’s top players are still alive in their respective categories.

But the Japanese world No. 1 in women’s singles, Akane Yamaguchi, lost in her opening match to Singapore’s Yeo Jia Min and the Indonesian world No. 1 men’s doubles team of Kevin Sanjaya Sukamuljo and Marcus Fernaldi Gidwon were stunned in their opening match by the South Korean duo of Choi Sol-Gyu and Seo Seung-Jae.