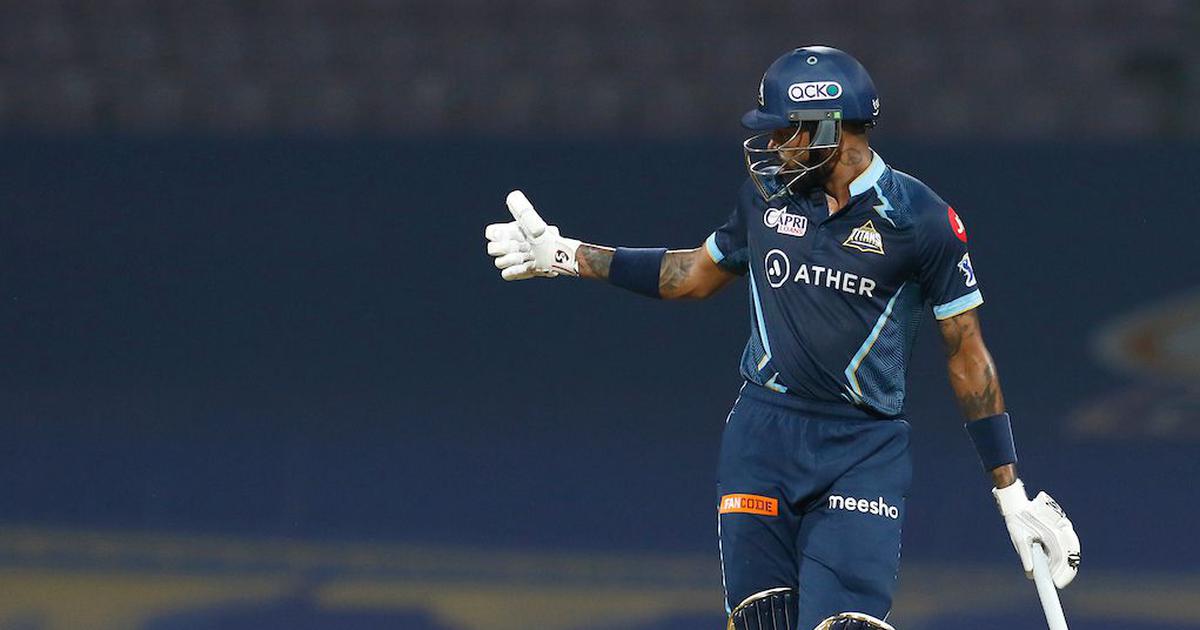 Navi Mumbai: Skipper Hardik Pandya led from the front with a an unbeaten half-century as Gujarat Titans beat Rajasthan Royals by 37 runs in an IPL match here on Thursday.

Hardik smahed unbeaten 87 off 52 balls to guide Titans to 192 for four after being invited to bat. Hardik decorated his knock with eight fours and four sixes and in the company of Abhinav Manohar (43 off 28) shared 86 runs for the fourth wicket to lay the foundation for Titans’ big score.

Titans’ bowlers then picked up wickets at regular intervals to restrict Royals to 155 for nine.

Jos Buttler top-scored for Royals with a 24-ball 54.

Lockie Ferguson (3/23) and Yash Dayal (3/40) shared six wickets between them for Titans.

I am not concerned about Rohit’s form: Jayawardene