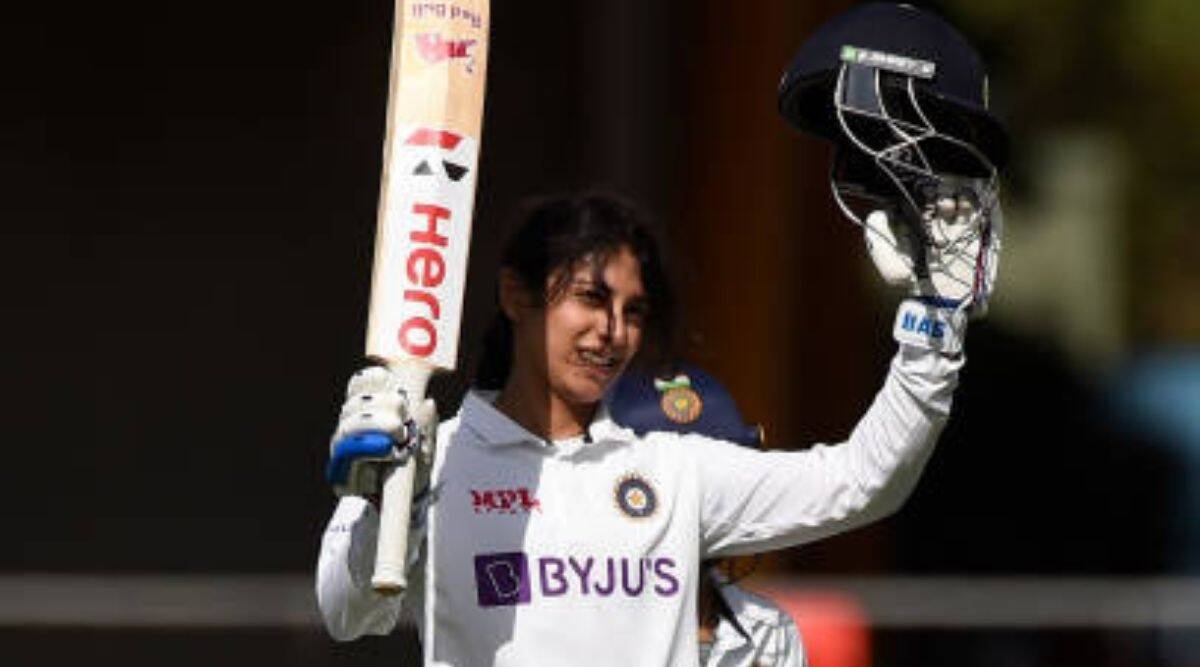 Gold Coast: Indian women’s cricket player Smriti Mandhana became the first Indian woman to score a century in a pink-ball Test on Friday when she played a 127-run knock against Australia.

This is also the first century by an Indian woman on Australian soil.

After Flamboyant opener Smriti Mandhana shattered a few records en route to slamming a magnificent maiden Test century, India progressed to 276 for five when the match was halted on the second day.

Deepti Sharma was batting on 12 and Taniya Bhatia was yet to open her account as the players walked off the field and the covers were brought on.

There was a prediction for some thunderstorms around this time and it soon started raining.India lost two wickets in the second session, including that of skipper Mithali Raj for 30 and debutant Yastika Bhatia for 19.

The 25-year-old Mandhana became the first Indian woman to hit a century in day-night Tests and also the first from the country to reach three figures in the game’s traditional format on the Australian soil.

Mandhana made 127 off 216 balls with the help of 22 boundaries and a six at the Carrara Oval, and added an Indian record of 102 runs in Australia for the second wicket with Punam Raut (36), continuing the good work after putting on 93 with Shafali Verma on a rain-marred opening day.

She brought her century with a short-arm pull shot off Ellysse Perry in the 52nd over.

Mandhana wouldn’t have added to her overnight score of 80 in the second over of Day 2 but Perry overstepped.

Replays showed that the catch too might have been debatable.

The India opener, however, overcame the early jitters and went about her business in a professional manner while playing some lovely shots, including a magnificent straight drive off Annabel Sutherland.

She looked set for more but was caught at short mid-off off the bowling Ash Gardner, after playing an uppish drive.

Raut walked off after a caught behind appeal despite the umpire not entertaining Alyssa Healy and Meg Lanning’s loud shouts.

Skipper Mithali Raj (15 batting) though got into the job straightaway, sweeping and driving Gardner for fours.

Carried a pink ball in my kit bag for last three months, don’t know why: Mandhana