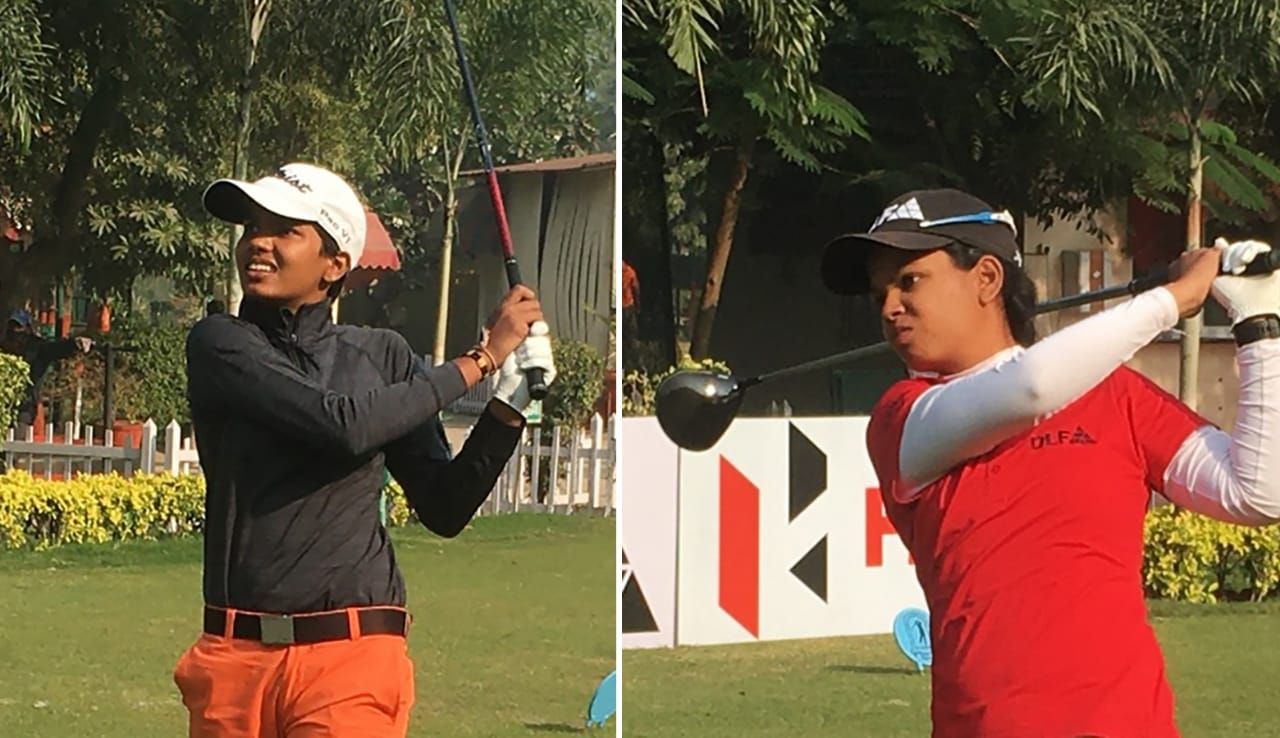 Playing at the Noida Golf Course, the young amateur shot one-under 71, the only under par round of the day. Her performance that included three birdies, two of which came in the last five holes, against two bogeys, gave her a one-shot lead over the seasoned Vani Kapoor (72).

Yet another amateur, Hunar Mittal was tied third with 73 alongside Siddhi Kapoor and Trimann Saluja. Saaniya Sharma and Amandeep Drall were tied sixth with 74 each while Lakhmehar Pardesi carded 75.

Among the more established stars, Diksha Dagar, returning after a long season in Europe, came back to shoot 4-over 76 to be ninth, while Ridhima Dilawari (78) was further behind in T-14.

Sneha, 15, hails from Hyderabad and is the daughter of Sanjay Singh, a pro, who is also her coach. She won the 11th leg of the 2019 season at the Hyderabad Golf Club.

Having won on the pro circuit as an amateur, she was not overawed by the occasion. Sneha’s first birdie came as late as the ninth hole, after bogeys on the Par-3 fifth and Par-5 eighth, but after that she made no more errors and had three birdies.

Sneha, a student of Delhi Public School Khajaguda, has been among the top amateurs who fancies a pro career with ambitions of playing on the Ladies European Tour and the LPGA in the United States.

Vani Kapoor also took some time to settle down after a bogey on the second hole. She birdied Par-4 seventh and then dropped shots on 11th and 12th before getting back-to-back birdies on 14th and 15th for a level par round.

In the second round, Sneha will play in the lead group alongside multiple winner Vani Kapoor and another amateur Hunar Mittal.