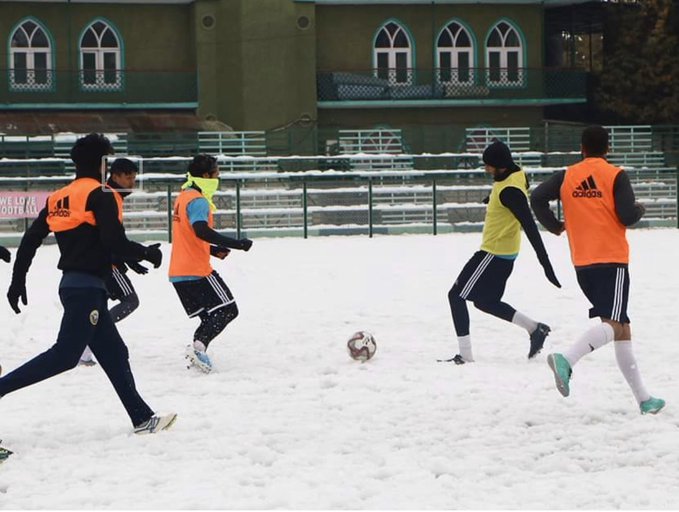 The Gokulam match was to be played at Srinagar’s TRC Turf Ground on December 12 and the Churchill game on Dec 15. Unfavourable weather conditions in the last few days has led to poor visibility due to which all flights at Srinagar Airport were cancelled for the third consecutive day on Monday.

Gokulam were supposed to reach Srinagar today for the Dec 12 match. But they had to return back to their base in Kozhikode after their connecting flight from Bengaluru to Srinagar was cancelled.

“Flights are not being allowed to land in Srinagar today so the team couldn’t leave today. The AIFF will decide the status of the match now,” Gokulam’s head of operations Unni Paravannur told Sports Lounge from Kozhikode.

Visibility at Srinagar Airport dropped down below 600m on Sunday, forcing the Airport Authority of India (AAI) to cancel all 28 flights, including those for the armed forces.

Flight operations have been disrupted for the past three days with several flights getting cancelled on Friday and no operations taking place on Saturday.

The All India Football Federation (AIFF) is yet to decide on the fate of the match. Though people involved said they expected the match to be rescheduled at a later date in Srinagar itself, as matches in the politically-sensitive Srinagar, particularly in after the abrogation of Article 370, is one of the USPs of the league.

“New dates for the matches will be announced soon,” an AIFF statement said.

Real Kashmir said they are hopeful of organising their match on the scheduled date itself despite the prevailing weather conditions.

“We are trying to work out what to do. It is too early to declare that the match has been postponed. We are trying to arrange for their flight tomorrow, RKFC co-owner Sandeep Chattoo said.

“The match is likely to be rescheduled in Srinagar itself, as matches in that city is the talking point of the league,” an AIFF employee said, who wished not be identified.

“I think the match will be scheduled in Srinagar itself. There is no talks regarding any neutral venue,” Unni said.

Last season, RKFC’s home match against East Bengal was shifted to New Delhi after getting snow-postponed. Minerva Punjab FC refused to travel to Srinagar citing security concerns in the aftermath of the Pulwama terror attack.

The Gokulam match would have been RKFC’s second match of the league and first as hosts this season. They drew their opening match with East Bengal (1-1) away at Kalyani, West Bengal.

Gokulam have won their opening two matches to be second on the standings behind Churchill Brothers.