Sometimes you have to learn how to lose: Gonzalez denies Neymar's racism claim 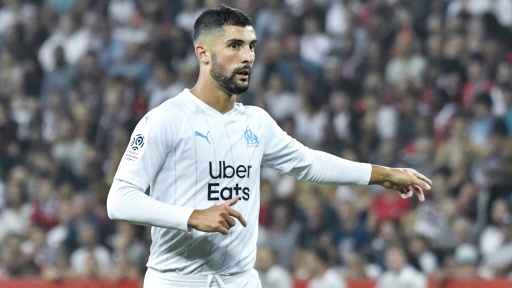 Paris: Marseille defender Alvaro Gonzalez has defended himself after Neymar accused him of making racist remarks, saying the Paris Saint-Germain striker should learn how to lose and accept it on the field.

Neymar was one of five players sent off on Sunday as Marseille clinched their first victory against PSG in nine years after Andre Villas Boas’ side beat PSG 1-0 in a game which will be remembered for aggressive fouls and a late brawl.

The Brazilian was sent off for slapping Gonzalez in injury-time, who he accused of racism as he left the field and also on social media following the match.

“My only regret is not hitting him in the face,” Neymar said in a tweet. “VAR catching my “aggression” is easy, now I want to see the image of the racist calling me a monkey, that I want to see! What’s up? REEL u punish me, CASCUDO I am expelled, what about them? What’s up. (sic),” he said in another tweet.

Later on, Gonzalez also took to Twitter to defend himself and said: “There is no place for racism. A clean career and with many team-mates and friends on a day-to-day basis. Sometimes you have to learn how to lose and accept it on the field. Incredible three points today, Allez l’OM thank you family.” Along with the tweet, the defender posted a picture of him with his Marseille team-mates.

It was a night to forget for PSG, who have now lost their first two matches of a Ligue 1 season for the first time since 1984-85.