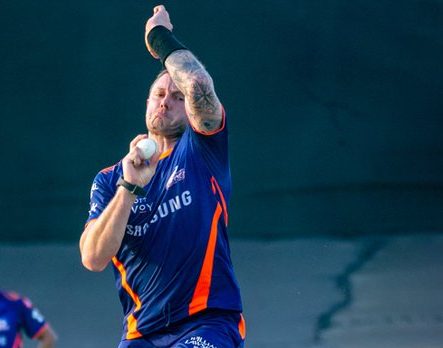 Sydney: Australia pace bowler James Pattinson, who will play for Australia A against India A in a three-day warm-up game here from Sunday, says he has got wiser after picking Jasprit Bumrah’s brains in the Mumbai Indians’ camp during the recent Indian Premier League (IPL).

Pattinson, who had gone unsold in the IPL auction was brought into the Mumbai franchise as a replacement for veteran Sri Lankan fast bowler Lasith Malinga for the 2020 season in the UAE.

“Boom (Bumrah) is one of the best, if not the best, T20 bowler in the world,” Pattinson was quoted as saying by cricket.com.au.

“And he’s a fantastic guy. The biggest thing was just how much he loves talking about cricket…and he was happy to share a lot of information around his bowling mindset,” added Pattinson, who will play the three-day game at the Drummoyne Oval.

Pattinson added that he particularly learned bowling the yorker from Bumrah.

“You watch him bowl and just think ‘how does he do that?'” Pattinson said.

“I picked his brain. I was asking about his yorkers and how he gets them so good; he likes to bowl from a higher position and a few other things.”

Pattinson also believes it is a good lesson in not tinkering with bowling actions as is proven by Bumrah’s success.

“It’s fantastic. He’s got an unusual action, been allowed to keep doing that and it’s what makes him successful,” the right-arm pace bowler said.

Pattinson, 30, added that he has also been lucky in learning from New Zealand’s Trent Boult in the Mumbai Indians team.

“It ignited a spark to play more white-ball cricket…to try and get back into Australia’s white-ball teams,” Pattinson added.